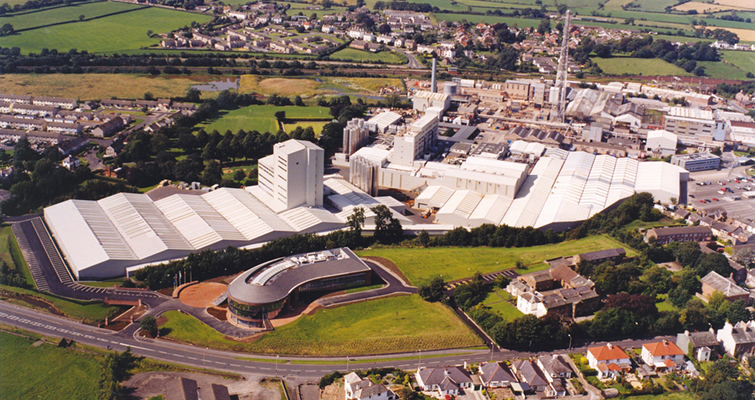 Innovia Films has been operating a plant in Wigton in England where polymer substrate is produced for use in Bank of England notes and the notes of other central banks.

Should the United States decide to change to polymer for currency in the future, Crane & Co. may have some competition.

The Dalton, Mass., company has been the supplier of the cotton fiber paper used by the Bureau of Engraving and Printing since the 19th century and, as times have changed, has introduced added security features, though the paper used in Federal Reserve notes continues to be made of a traditional cotton-linen mix.

RELATED: Are holograms and windows to be part of future Federal Reserve note technology?

The story is different in the United Kingdom where a £40 million polymer bank note production factory officially opened in the northwest English town of Wigton in early September. The News and Star reports that Innovia Films, the company with the contract to supply the polymer to the Bank of England for its bank notes, will also produce the plastic substrate for other central banks around the world. After the polymer material is made and coated in Wigton, it is transported to the De La Rue plant in Essex, northeast of London, for printing.

Britain’s first polymer note, the £5 issue with Winston Churchill, which entered circulation Sept. 13, will be followed in 2017 by the £10 note.

The September opening at the Innovia Films plant is called an “official” event, because production actually started in November 2015.

Polymer is becoming more and more popular as a substitute for paper in the production of notes around the world.

Canada, Scotland and England are among the countries that have started using it.

A report by the Canadian Broadcasting Company in January credited four years' worth of polymer use for a drastic drop in fake notes passed to retailers in 2015.

According to the report, 74 percent fewer fakes were passed to retailers in 2015 than had been in the year before the switch to polymer.

The polymer counterfeits seen thus far are mostly of poor to medium quality. When touched, the feel is wrong. Most are made on paper, sometimes with a waxy or plastic coating to simulate the different feel of the new notes.