Expect the unexpected on world coins 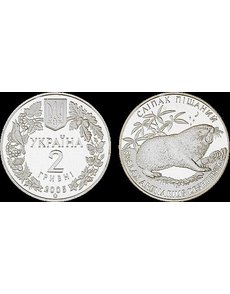 The mole rat has been honored on world coins twice, by Russia in 1994 and Ukraine in 2005. This prooflike Ukrainian 2-hryvnia coin depicts the sandy mole rat. 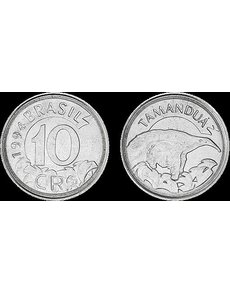 Anteaters manage their food sources by visiting many ant and termite colonies daily for a quick snack. Brazil honored its anteaters on the 1994 10-cruziero coin, above. 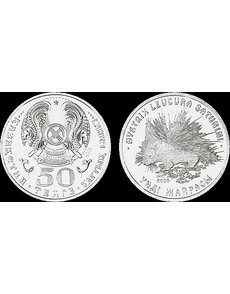 Kazakhstan chose a prickly subject for its 2009 50-tenge commemorative coin. The Congo and San Marino have also honored porcupines numismatically. 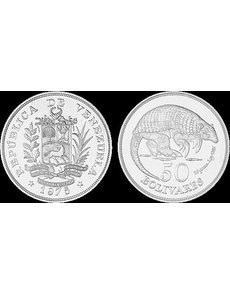 This 1975 silver Venezuelan 50-bolivar coin pays homage to armadillos. Aztecs called them “turtle rabbits” because they look like the former and jump like rabbits when startled. 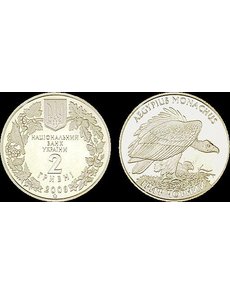 With a wingspan as wide as 10 feet and a weight as high as 31 pounds, the cinereous vulture is one of the largest and heaviest birds on earth. Ukraine commemorated this carrion feeder on its 2008 2-hryvnia coin. 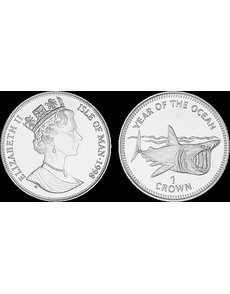 First time viewers of this 1998 Isle of Man 1-crown coin often do a double-take but the huge plankton-eating basking shark is harmless to people. 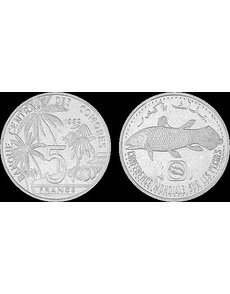 Once thought to be long extinct, the “living fossil” coelacanth was rediscovered in 1938 near the Comoros Islands, the same nation that commemorated the ancient fish on the 1992 5-franc coin. 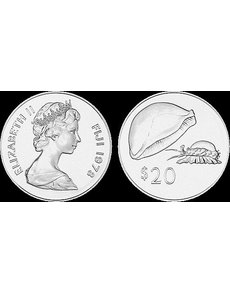 This 1978 $20 Fiji coin features the golden cowrie, a rare Pacific reef sea snail. The beautiful peach-colored shell was once a status symbol for Fijian royalty.
Previous
Next

Imagine that you are charged with the task of designing a commemorative coin featuring an animal.

Which one will you choose? The handsome mole rat? How about a cuddly porcupine? And then there’s the stylish coelacanth. If you are a collector who enjoys the more extreme range of design diversity, you’ll be happy to know that all of these plus more unusual creatures have been feted on world coins.

The mole rat can actually claim more than one numismatic nod. The Russians issued a coin depicting a blind mole rat in 1994 and Ukraine followed in 2005 with one to honor its cousin, the sandy mole rat. These longest lived of all rodents have adapted to a solitary underground existence with little to no dependence on vision for survival. They have also lost the need for external ears and tails.

The elongated snout of a South American anteater is unmistakable. While they eat a great many ants and termites with tongues that flick 150 times per minute, they never destroy the mound or the colony. In this way, there is a continuing food supply to return to. This makes them more insect rancher than exterminator. In 1994, Brazil honored this fascinating mammal with a 10-cruziero coin.

It is a myth that porcupines throw their spines, but any contact means that the barbed spines will lodge in the skin of the unlucky creature that gets too close. In Asia and Africa, porcupines are hunted for their meat, considered a delicacy. The Congo and San Marino have honored this large rodent-with-quills on coins and in 2009 Kazakhstan followed suit with a 50-tenge commemorative coin.

The ancient Aztecs simply referred to them as “turtle rabbits.” Armadillo is Spanish for “little armored one.” You can see why in the design detail of the 1975 Venezuelan 50-bolivar coin featuring this medieval-looking animal.

Armadillos eat grubs and have evolved into expert diggers. Once found only as far north as Texas, armadillos have been increasing their range in recent decades due to a lack of natural enemies and a general warming of the climate. Some have been spotted as far north as Nebraska and Illinois.

Changing focus to a creature of the air, vultures, like all carrion feeders, help keep the environment clean.
In 2008, Ukraine put its native vulture on the 2-hryvnia coin. One of the largest and heaviest birds on earth with a wingspan of 10 feet and a weight as high as 31 pounds, the cinereous vulture scavenges all of its food with the exception of tortoises. The vultures kill them and break open their shells by dropping them in rocky areas while in flight.

The basking shark is one of those animals that looks terrifying at first glance but, as a plankton feeder, is actually harmless to people.

The only fish that can grow larger than the basking shark’s maximum 40 feet is the whale shark, another plankton feeder. Basking sharks migrate following plankton blooms and are tolerant of fishing boats and swimmers, making them a big tourist attraction when they are in a given area.

In 1998, the Isle of Man placed a basking shark on a 1-crown coin. Wisely, the designers chose to show the shark as it looks while feeding. It is one of the ocean’s more unforgettable sights.

Scientists once believed that the coelacanth became extinct during the Cretaceous period. But in 1938, one was caught off the Comoros Islands.

In 1992, the same nation put the famous fish on its 5-franc coin. The coelacanth, a relative of the lungfish, is often called a “living fossil” because almost nothing about it has changed in 400 million years. While they are very rare, the good news is that they taste absolutely horrible. That fact helps protect the coelacanths that remain.

One of the most highly coveted specimens for collectors of sea shells is the rare South Pacific golden cowrie. The shell measures about 3.5 inches in length, and its dazzling color ranges from golden yellow to reddish peach on top with cream-colored edges.

Historically, golden cowrie shells were symbols of status and royalty in Fiji. In 1978, that nation celebrated this history by putting a golden cowrie on a $20 coin. But the design went a step further by also showing the shell with its original occupant alive and in residence. This large sea snail is a nocturnal reef resident that eats sponges. ¦