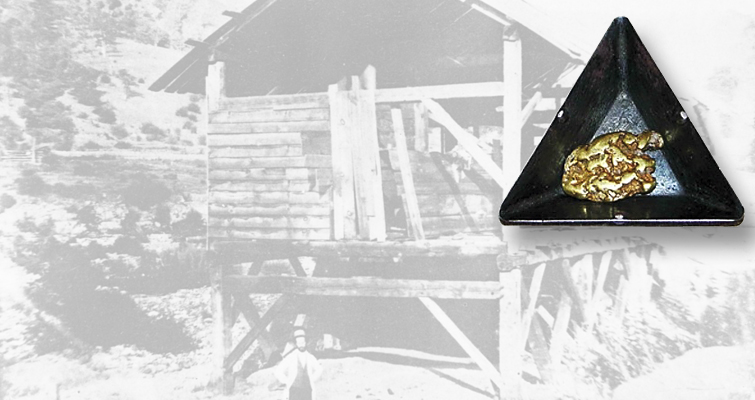 What is considered to be the first piece of gold discovered in 1848 to trigger the California Gold Rush is a nugget on public exhibit at the Bancroft Library at the University of California at Berkeley.

The Valley Center History Museum in Valley Center, California, has mounted an exhibit marking the 170th anniversary of the discovery of gold in California, but the nugget that started it all is on public display elswhere in the Golden State.

Valley Center is the final resting place of Elizabeth Jane (Jennie) Cloud Wimmer, the woman credited with identifying the first piece of gold found at Sutter’s Mill in 1848. The nugget was publicly displayed in 1893 at the World’s Columbian Exposition in Chicago.

According to archival records at the Valley Center Historical Society, Jennie Wimmer carried the original nugget in a buckskin pouch around her neck for almost 40 years. In 1885, the same year as Wimmer’s death, she filed an affidavit with San Diego County attesting to the identification of the nugget in the pouch as the first piece of gold discovered.

The nugget weighed nearly a third of an ounce with a value at the time of $5.12.

The nugget was found Jan. 24, 1848, by James Marshall, general foreman and contractor at Sutter’s Mill along the American River near the present town of Coloma. Jennie’s husband, Peter, was head of the construction crew for the lumber mill, while Jennie was the cook for the workmen.

Marshall sent the nugget back to the cookhouse where Wimmer boiled the nugget in a folk recipe of lye soap before she prononced it in her opinion to be genuine. The nugget and other flakes of suspected gold were chemically tested at John Sutter’s fort using information gleaned from an encyclopedia.

On March 15, 1848, the first notice of the gold discovery was published in The Californian newspaper in San Francisco.

Not long before her death in 1885, Wimmer is reported to have sold the nugget to Oakland attorney W.W. Allen, who planned writing a book about the discovery, but the book never materialized. Allen eventually sold the nugget to Chicago industrialist Charles F. Gunther, noted for holding America’s largest, most extensive collection of historical artifiacts.

Upon Gunther’s death in 1920, his heirs placed the nugget in a vault near their winter home in Altadena, California. In 1956, the nugget was acquired by the Bancroft Library at the University of California at Berkeley.

The nugget is on display in an exhibit case on the third floor of the library. 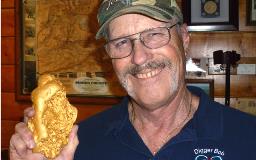 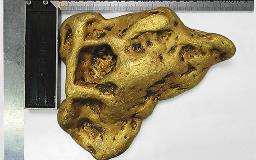