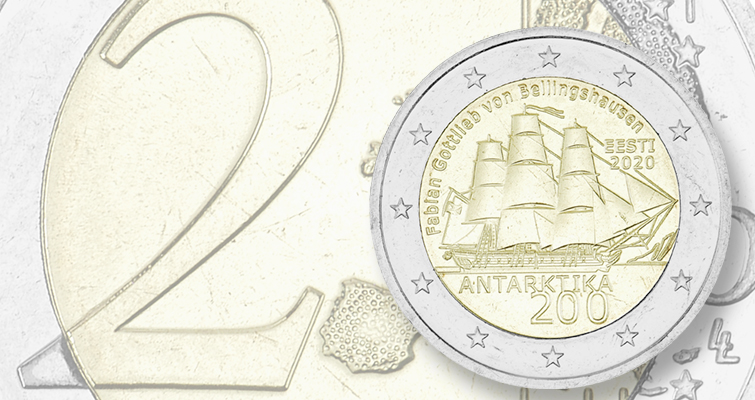 Estonia honors the bicentennial of the sighting of Antarctica with a 2020 circulating commemorative €2 coin.

Estonia has issued a circulating commemorative €2 coin to commemorate the 200th anniversary of the discovery of Antarctica.

The discovery is linked to Estonia because one of the first men to see Antarctica in 1820 was Fabian Gottlieb von Bellingshausen, naval commander of a Russian polar expedition, who documented the discovery. Of Baltic German descent, he was born in Saaremaa, Estonia.

The design depicts a motif of a sailing ship. It also bear the inscriptions FABIAN GOTTLIEB VON BELLINGSHAUSEN and ‘NTARKTIKA 200, the country name EESTI and the year of issuance 2020. 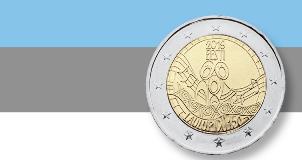 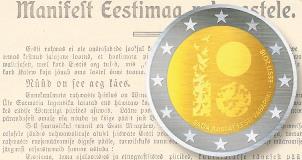 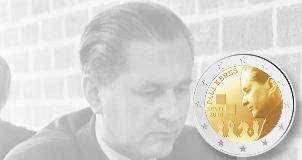