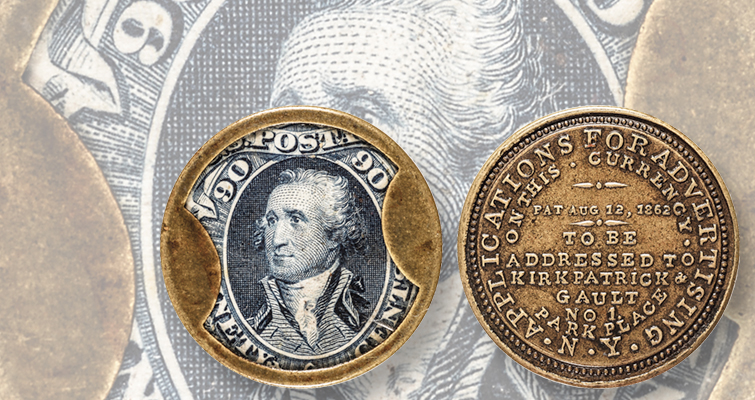 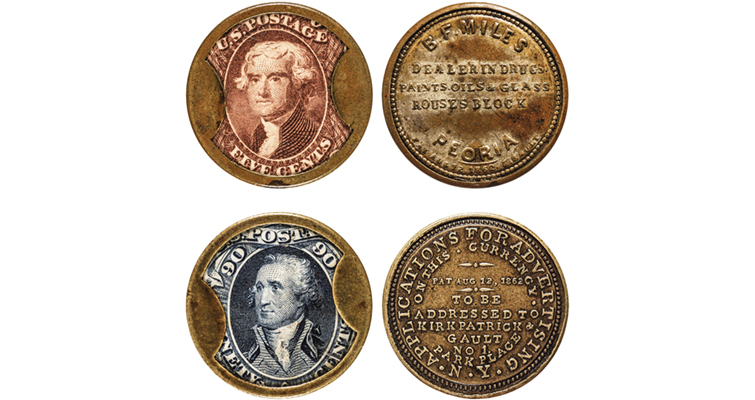 Kagin’s March 9 paper money auction at the American Numismatic Association National Money Show in Irving, Texas, was unusual in that it was dominated by one of the largest blocks of encased postage stamps to hit the market in a long time, and with over 140 pieces, this auction catalog can be considered a reference in itself.

Similar to fractional currency — federal notes in denominations of less than $1 — encased postage stamps were a consequence of a coin shortage during the Civil War. Postage stamps had been settled upon as a solution for small change, and even sanctioned by the federal government, but they became disgusting after even minimal circulation. John Gault, an entrepreneur with offices in Boston and New York, came up with the idea for the world’s first numismatic slabs, encapsulations for individual stamps: a metal case with a covering of clear mica.

On Aug. 12, 1862, Gault was granted a patent for his “New Metallic Currency.” They were promoted in many newspapers and became an accepted form of currency. Merchants and other businesses soon realized that the blank metal backs presented a superb, cheap advertising space, and many different issues were produced.

A series of Kirkpatrick and Gault encased postage stamps including one featuring a black George Washington 90-cent stamp sold for $9,000 with the 20 percent buyer’s fee. No more than five to seven are believed extant and the example in the auction was graded Extremely Fine. It was formerly in the collections of John J. Ford Jr., selling for $9,775 in the 2004 Stack’s auction, and the collection of William H. Kelly, selling in a 2012 Heritage auction for $9,200.

A Choice Extremely Fine B.F. Miles 5-cent encased postage stamp in the Kagin’s auction realized $19,200. Kagin’s did not provide a pedigree for this example. 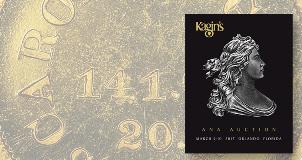 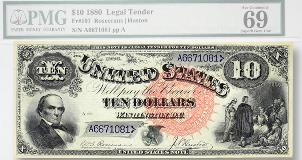 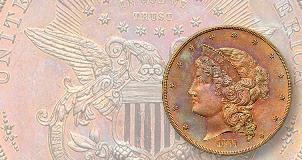