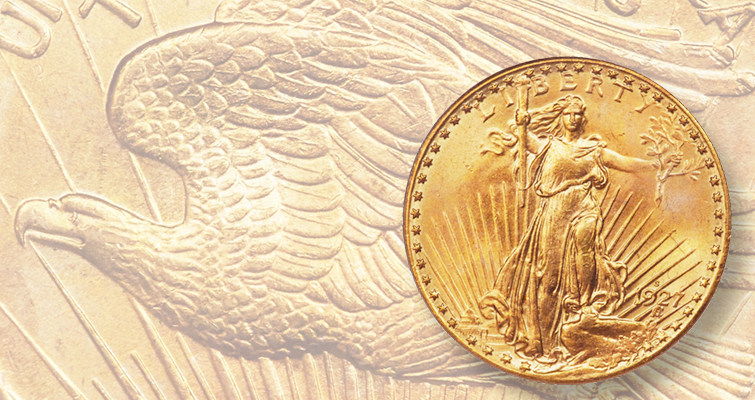 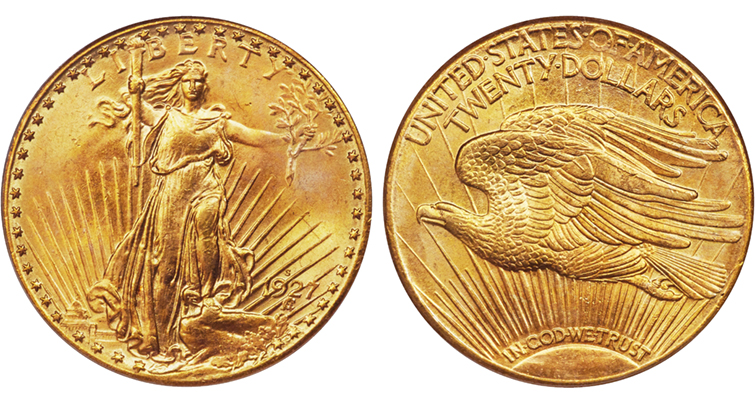 A closer look at the obverse and reverse of the 1927-S Saint-Gaudens double eagle graded MS-65 CAC that sold for $199,750 at Heritage’s recent auction.

Like the 1920-S coin, the 1927-S double eagle has not been found in any substantial quantities in European hoards. Heritage writes, “That the 1927-S has maintained such an elite status is made all the more impressive when one considers the number of issues in the series today considered ‘less rare than previously thought’ — almost invariably due to discoveries of small caches of coins in Europe or Latin America, which mostly occurred in the 1940s through the early 1960s.”

The Cherny example is graded MS-65 by Professional Coin Grading Service, has a Certified Acceptance Corp. sticker and is one of 11 MS-65 examples graded by PCGS and Numismatic Guaranty Corp. On Nov. 1 it sold for $199,750, an improvement from when it was last offered at Heritage’s January 2010 auction where it sold for $149,500.