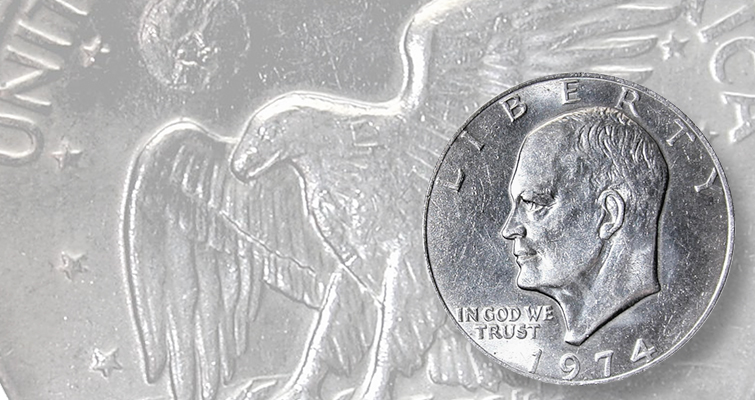 It's not every day that Eisenhower dollars struck in the 1970s surface in general circulation. 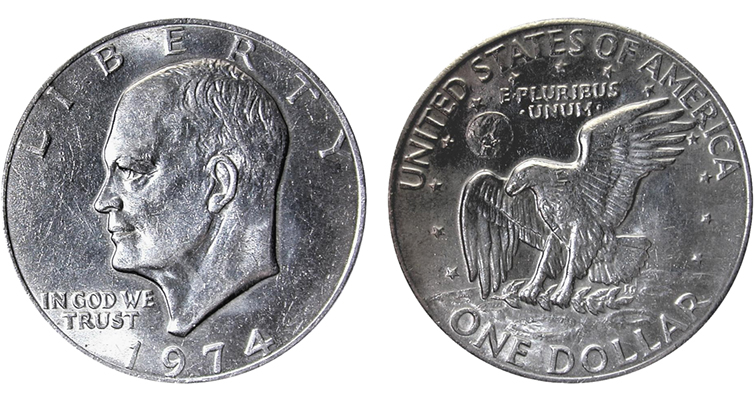 A bank find of 13 Eisenhower dollars included this 1974-dated coin that was struck at the Philadelphia Mint.

Whenever I go to my local bank or credit union to obtain rolls of coins like cents, 5-cent coins or dimes, I will also ask for any unusual coins that might be available.

You might not be aware of the fact that many banks keep a small box in their vault that contains non-U.S. coins or tokens that may have emerged from rolls as they operate their daily business. Ask your teller if they do indeed have such a box and ask for the coins that might be contained therein and see what happens!

You just might be surprised at the result. They might simply give you a blank stare, indicating that they think you’re squirrel bait or they might actually offer you some unusual coins to add to your collection.

A seldom-seen coin type that I always ask for when I am in front of a bank teller is the large-sized dollar. While most bank tellers are familiar with our small-sized dollar coins minted since 1979, many tellers, believe it or not, have never seen an Eisenhower dollar, which was last minted in 1978. You might actually receive a puzzled look from a teller who never saw an Eisenhower before when you ask whether or not coins of that type might be available.

If that should happen, remember that you haven’t lost anything by asking for them and you might have created a situation whereby you could educate someone as to what an Eisenhower dollar looks like. On the other hand, you might get lucky and walk away with some neat coins!

This month, my habit of asking for Eisenhower dollar coins allowed me to add a few additional large-sized copper-nickel clad coins to my collection. Needless to say, I was thrilled when they told me that they did have a few and that they would be happy to let me have them.

While they didn’t have a full roll of 20 coins available, they did offer me a small envelope containing 13 of the heavy dollar coins.

Keep in mind that Mint State grading describes a level of preservation and a coin that was technically found in circulation can still be considered as Uncirculated. 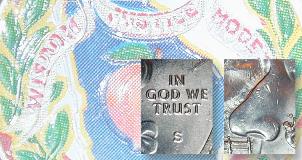