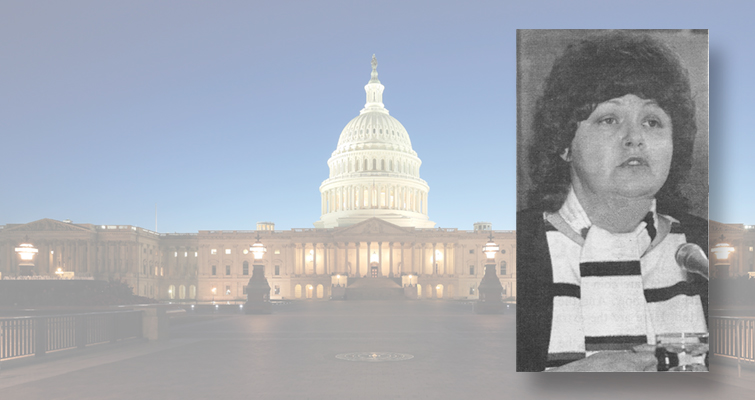 Only the United States Congress has the constitutional authority to order the U.S. Mint to create and strike a new U.S. coin, whether it is circulating or commemorative.

Thus advocates for new commemorative coins as well as for new designs on the nation’s circulating coinage plunged into the political arena during the 1980s with the belief they could prevail through the power of persuasion.

At that time, the most potent platform of persuasion was a public hearing before the committees of jurisdiction. For matters pertaining to coinage, they were the Senate Banking Committee and House Banking subcommittee.

Early in my career as a newspaper reporter my “beat” was education legislation before the Virginia General Assembly. Occasionally there would be controversial federal legislation pertaining to education and I would go to Washington, D.C., to report on leaders within our publication’s circulation area as they testified before Congress.

When I joined Coin World in 1981 I felt at home writing about legislative proposals dealing with coinage issues. After becoming Coin World editor in 1985, however, I found myself in a different role — as advocate for the collector community and being called as an expert witness to testify at five congressional hearings.

My first invitation to testify was for the Senate Banking Committee’s April 22, 1988, hearing on S. 1776, which sought new designs on all of the circulating coins. A senior staffer in Sen. Alan Cranston’s office called to issue the invitation. (Sen. Cranston was co-sponsor of the bill.) It was literally one week before the hearing! He noted that I should have 100 copies of my testimony delivered to Sen. Cranston’s office at least 24 hours in advance of the hearing.

After scrambling to rearrange my schedule and to make travel plans, I prepared 20 pages of typewritten testimony and sent the copies off Tuesday morning via Greyhound bus — at that time the best way to get overnight delivery from Sidney, Ohio, to the nation’s capital.

In preparation for the hearing, I practiced reading my testimony and I felt confident as I waited to testify. So many questions were asked of the first panel of four to testify that when the second panel was seated we were asked to summarize our comments and allowed only five minutes to speak. (We were assured that the senators had read our full testimony.) Luckily, I had with me a yellow highlighter and was able to quickly mark key points to articulate.

For the next four congressional hearings, I went prepared. I always had a five-minute summary, just in case! 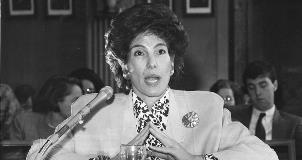 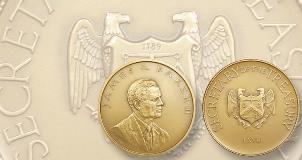 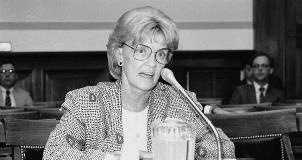