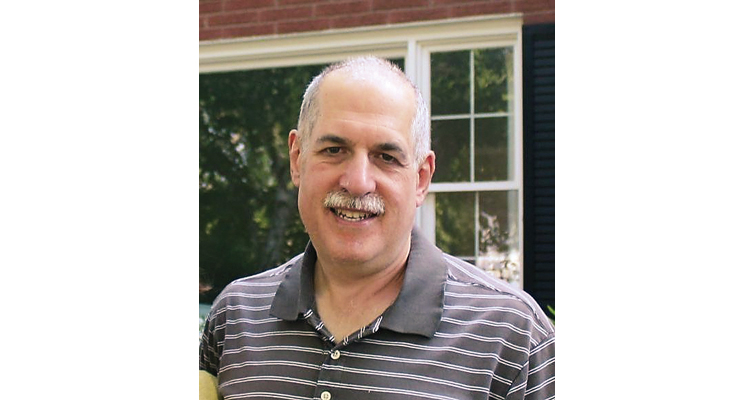 Mike has always been intrigued by physical abnormalities and atavisms, “as they provide a valuable window into the developmental process and the raw material used by natural selection.” Similarly, he is attracted to abnormal coins for the light they shine on the minting process and the hundreds of mishaps that can occur every step of the way.

Illinois numismatist Mike Diamond has a firm grounding in the scientific method, having taught college-level evolutionary biology and anthropology. His training taught him the importance of entertaining multiple working hypotheses when investigating error coins.

Q: How did you get interested in collecting and researching error coins?

A: I’ve always had an affinity for the bizarre. I enjoyed a brief flirtation with error coins in the late 1970s, before I started college. I then forgot about it for the next 20 years. My interest was renewed at a local coin show in 1997, when I picked up a struck 10-cent clad layer and a “Mercury” dime with what later turned out to be a fake incomplete punch. It’s lucky I didn’t find out about my mistake until years later. Otherwise I might have soured on the hobby before I even got started.

Q: What is your favorite error from your collection and what makes it special to you?

A: That would be like asking someone which child is their favorite. Suffice it to say that there are dozens of coins in my collection that would have to be pried from my cold, dead hands (apologies to Charleton Heston). My favorite errors tend to be unique or represent outstanding examples of their error type.

Q: You sometimes disagree with grading services’ attributions of errors; what recommendations would you make to the firms to enhance their attribution skills?

A: The grading services generate an unacceptably high frequency of diagnoses that are incomplete, inaccurate, hopelessly non-specific, or indefensibly precise. They perform most poorly with errors that are subtle, obscure, novel, compound, or complex. I suggest that they: Spend more than a few seconds or minutes examining an error, especially one that is unfamiliar. When in doubt, consult knowledgeable individuals outside the firm. Keep abreast of the literature, both in print and online. Read the error articles in the major national publications and specialty journals like Errorscope. Consult the websites of The Error-Variety Education Consortium. Pay attention to the cover letter and to any documentation that arrives with the coin.

Q: Has the number of errors produced by the U.S. Mint increased or decreased over recent years?

A: The supply of new errors dropped precipitously in 2002, when the U.S. Mint instituted new quality-control procedures and cracked down on the employees of Federal Reserve Banks and coin-wrapping facilities.

Q: Should collectors collect “errors” that are deliberately made and issued by a Mint?

A: I don’t know of any Mint that intentionally releases errors. There are certainly some mints that are periodically lax in their ability to detect and intercept intentional errors. I personally find planned errors to be less desirable than those that arose and escaped by accident. But that hasn’t stopped me from including some errors in my collection that undoubtedly had help in their production, release, or both. Be that as it may, it’s not for me to dictate anyone’s interests.