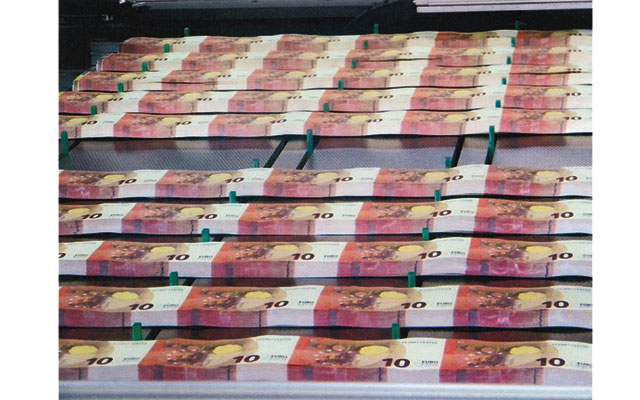 Production of the new 10-euro note from the Europa series.

The new 10-euro banknotes began circulating Sept. 23, according to the European Central Bank.

The new notes from the Europa series have enhanced security features.  A depiction of Europa from Greek mythology, riding a bull, appears in the hologram and watermark of the notes.

The notes also have a numeral 10 printed in an emerald green that, when the note is tilted back and forth, changes to a deep blue.

Aside from those changes, the Europa series of notes will continue to feature the same overall color, red, and designs from the first series – architectural styles from different periods, bridges and a map of Europe.