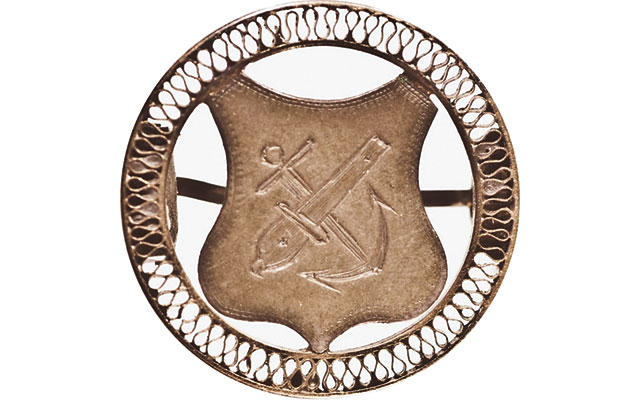 Union Army IX Corps Badge is fashioned from a circa 1863 silver 3-cent coin. 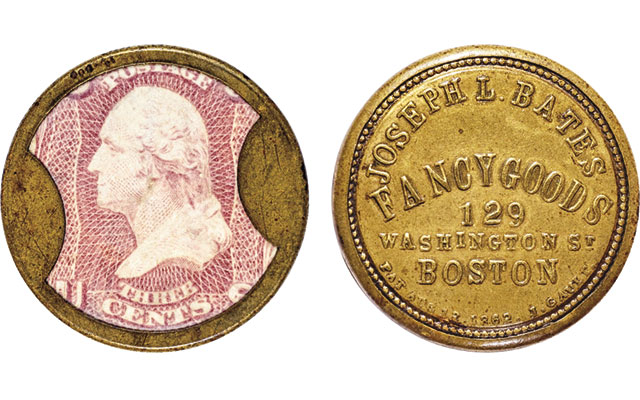 3-cent encased postage from Boston merchant Joseph L. Bates is the only known example of the variety with FANCYGOODS inscribed as one word and not two. 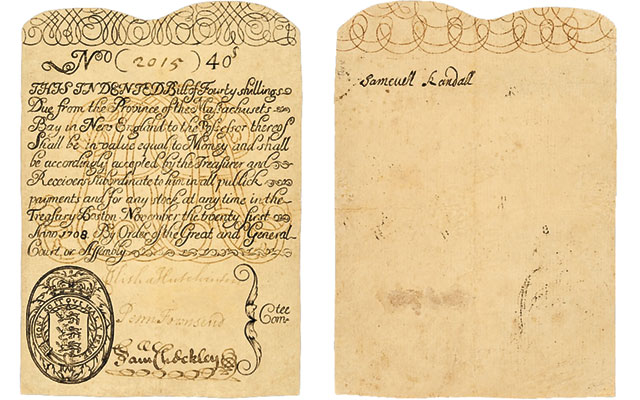 An 18 percent buyer’s premium will be added to the final closing price of each lot won.

The circa 1863 Corps Badge was created from an an 18.3-millimeter silver 3-cent coin, and the reverse retains vestiges of the coin’s Roman numeral III, portions of the C in CENT and at least one star.

The hand-engraved obverse depicts the Corps’ insignia of a naval cannon with a ship’s anchor crossing at center.

Members of the IX Corps distinguished themselves in combat in multiple theaters, in the Carolinas, Virginia, Kentucky, Tennessee and Mississippi.

The badges is offered as “Choice Extremely Fine or better.”

Offered as “unique” is a Joseph A. Bates, FANCYGOODS, Boston, encased postage stamp, with FANCYGOODS inscribed as a single word instead of two on the back of the encasement.

Cataloged as Reed-BA03FG in Civil War Encased Stamps: The Issuers and Their Times by Fred L. Reed, the example offered is described as being the only known Bates piece with the inscription anomaly.

Encased postage was a form of Civil War era advertising and currency that employed a U.S. postage stamp on the obverse under a mica cover secured to a metallic disc. The reverse of the disc is inscribed with the name of the merchant who issued it.

The monetary value was based on the denomination of the postage stamp.

The piece is offered as Extremely Fine.

Visit Early American online for more information on this and future auctions.