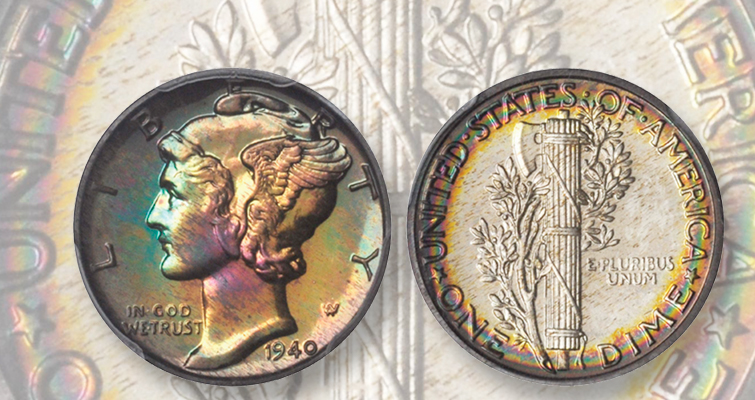 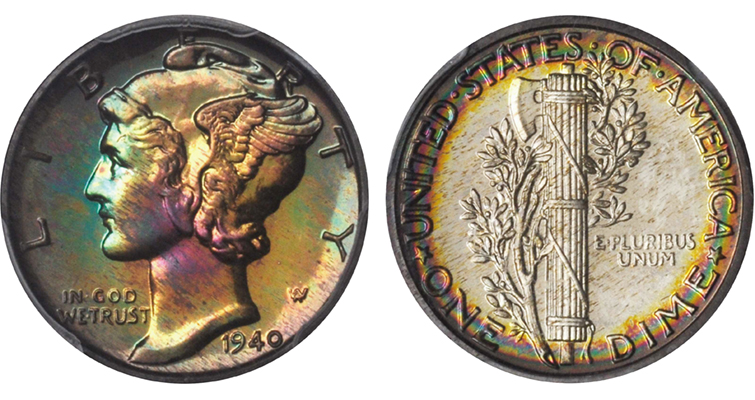 With its CAC gold sticker, this coin could easily be approved for a green sticker at the next grade level. The catalog observed “exceptionally vivid multicolored toning on the obverse and around the reverse periphery.” Stack’s Bowers sold the coin at its Aug. 17 session for $5,040.

The official auctions of the American Numismatic Association World’s Fair of Money held Aug. 14 to 18 in Philadelphia as co-auctioneers Stack’s Bowers Galleries and Heritage each sold more than $40 million in numismatic objects during their various ANA auction sessions.

Stack’s Bowers sold more than $21.1 million in U.S. coins at its ANA auctions. It also saw very strong results with its paper currency sessions, led by Part II of the Joel R. Anderson Collection, where the 70 Anderson notes realized $9,652,860, including two that broke the $1 million barrier and one that came close, realizing $900,000. With the addition of the John E. Herzog Collection of U.S. Treasury Bonds and other consignments, the paper money portion of the firm’s ANA auction realized $12,294,094, with additional world and ancient coins adding to the total.

Heritage announced a $40 million sum that represented what the auctioneer said was its largest total ANA auction since 2015. Its U.S. coin auctions brought $27,212,944, enjoying a high sell-through rate of 97.3 percent by value and 98 percent by lot.

While multimillion-dollar coins typically capture headlines after ANA, thousands of more typical U.S. coins were also traded, many bringing surprisingly strong prices. Stack’s Bowers sold a 1940 Winged Liberty Head dime at its Aug. 17 session, graded Proof 67 by PCGS with an unusual gold CAC sticker, meaning that the coin could easily be approved for a green sticker at the next grade level. The catalog observed “exceptionally vivid multicolored toning on the obverse and around the reverse periphery,” and it brought $5,040. 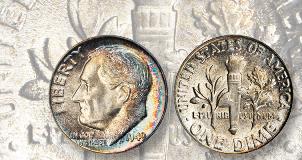 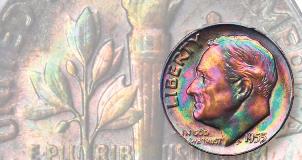