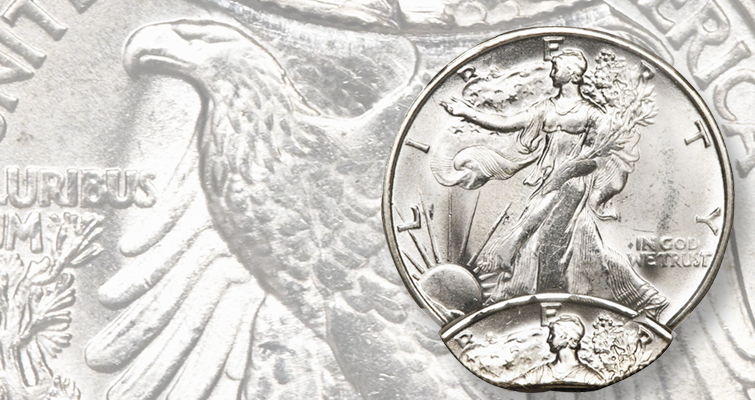 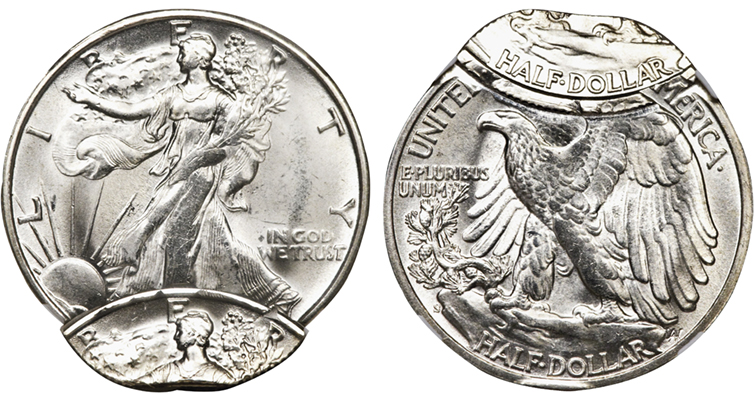 A double-struck Walking Liberty half dollar is a standout error coin in Heritage's July auction at the FUN summer convention.

An undated double-struck San Francisco Walking Liberty half dollar is among the most visually arresting coins offered in Heritage’s auctions held at the Summer Florida United Numismatists show in Orlando.

The 10th annual Summer FUN show will be held July 7 to 9 at the Orange County Convention Center, 9800 International Drive, in Hall WE1. Heritage's Summer FUN auctions will take place July 7 to 10.

The error is graded Mint State 64 by Numismatic Guaranty Corp. and has its second strike 75 percent off center, at 6 o’clock relative to the first strike. The date is unknown, but Heritage observes that the large S Mint mark indicates that it was likely struck during World War II when that particular Mint mark punch was in use at the San Francisco Mint.

So what can we expect it to sell for?

Major errors on Walking Liberty half dollars are rare and Heritage has sold just two in recent memory — both in 2013.

It was listed and illustrated as number 36 in the 2010 edition of 100 Greatest U.S. Error Coins, where it was described as “the most dramatic multi-struck Liberty Walking half dollar known.”

Other auction lots to watch at Summer FUN

The issue trades very infrequently and the last time Heritage sold a Special Mint set 1964 Kennedy half dollar at auction was in 2010, where a PCGS MS-67 SMS example sold for $16,100.

Other rarities at the Summer FUN auctions include an 1805 Draped Bust quarter dollar graded MS-64+ by PCGS with a green Certified Acceptance Corp. sticker that was previously offered in 2015 at Heritage’s third auction of the Gene Gardner collection where it realized $70,500. It is noteworthy for its beautiful color, with this description: “Splendid cobalt-blue and mint-green rim patina encircles interiors tinged in heather and rose.”

Also in the sale is an 1884 Coronet $20 gold double eagle graded Proof 64 Cameo by PCGS that is one of perhaps 15 to 20 examples known today from a Proof-only mintage of just 71 pieces. 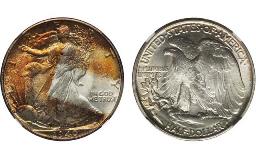 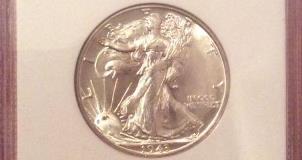