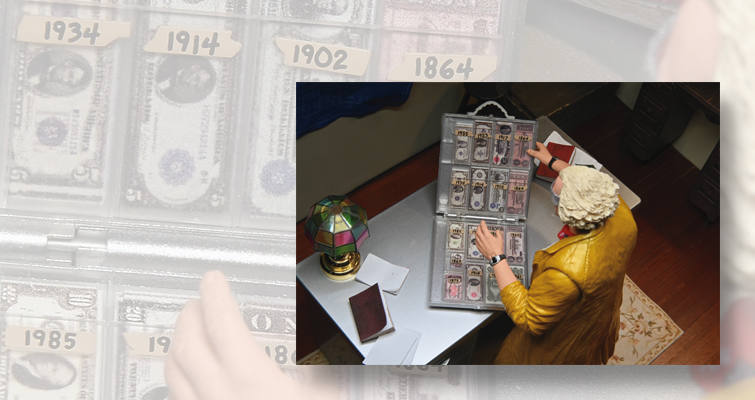 Doc Brown, a character in the “Back to the Future” movie trilogy, opens a briefcase full of paper money of different eras in the 7-inch representation of an action figure.

The collection of Emmett Lathrop “Doc” Brown, Ph.D, will probably never be offered for sale, and his unusual method of collecting is unlikely to be duplicated.

However, based on a photo of the good doctor with his paper money collection, posted by NECA Toys, a marketer of toys, action figures, and collectibles, a 7-inch action figure of Doc Brown will soon be offered for sale. The question remains whether his collection will be included as an accessory, or is the photo just a tease?

As portrayed by Christopher Lloyd, Brown is a character in the Back to the Future sci-fi movie trilogy and was the inventor of the first time machine, which he built in his garage out of a 1981 DeLorean.

His paper money collection, encased in plastic holders each bearing the approximate date of issue, and without third-party certification, appears to reflect his time travels. The “collection” — actually a briefcase full of paper currency — is a prop from Back to the Future 2, and reflects Brown’s need to access paper money of various eras as he travels through time.

It also holds three large-size 1914 Federal Reserve notes, including a rare Red Seal from the Boston bank. Other large-size type notes include a $1 1923 silver certificate. 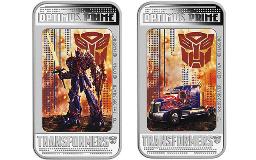 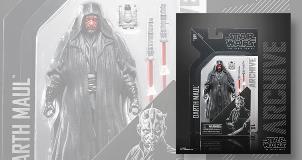