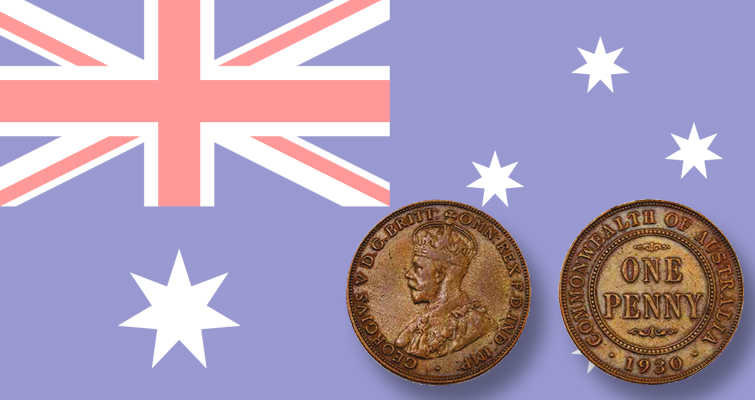 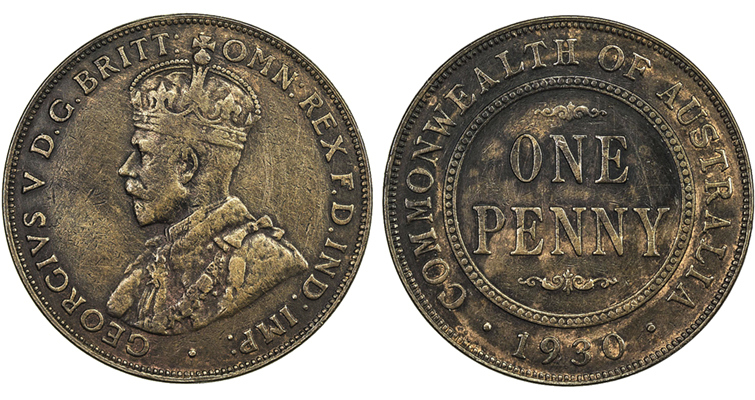 At the low end of the market for the famous 1930 Australian penny, an example graded Fine 15 brown realized $8,850 U.S. during Stephen Album Rare Coins’ May 2016 auction.

Editor's note: this is the first part of a story by Jeff Starck about Depression-era coins that shouldn't exist but that were issued under strange circumstances. The article originally appears in the December monthly issue of Coin World.

During the Great Depression, demand for circulation coinage flagged worldwide as economies faltered and people suffered.

Two of the most famous 20th century base metal rarities resulted from the resulting tightening of the coin production spigot, as Australia and Great Britain both issued extremely small numbers of cents that should never have been.

Another similar rarity that shouldn’t exist, from Canada, was the result of an abrupt change in the British monarchy, whose waves were felt all the way across the Atlantic Ocean.

These three coins provide a snapshot of a changing world.

Though not the rarest Australian coin, the 1930 penny has legendary status among Australian commonwealth coins. Its existence was not known to collectors for some time after it entered circulation.

Having an uncertain history, Australia’s bronze 1930 penny has gained both notoriety and popularity.

According to Andrew Crellin in the June 2002 issue of the Australasian Coin & Banknote magazine, “Its rarity has reached an urban myth-like status, yet even the sharpest numismatic historian will not be able to precisely explain just why so few were minted.”

According to an article titled “Notes on Australian Pre-decimal Coinage” by Bill Mullett, published in the 1996 Journal of the Australian Numismatic Society, “The now famous 1930 penny was the result of experimental work undertaken to produce better pennies for the 1930s.”

RELATED: The 1930 penny that saved a soldier's life

Even the noncollecting public eventually became aware of the scarcity of the 1930 penny, and the coin became the object of frequent coin searches, write Tom Hanley and Bill James in Collecting Australian Coins.

The authors term the piece “the back-pocket bonanza that has brought people to coin collecting in Australia like Barnum & Bailey brought them to the circus,” adding, “Even if it has never made all the people look at their change all the time, the 1930 penny makes some of us do it all the time and all of us do it at some time.”

Melbourne Mint documents do not record an official mintage of 1930 pennies, but experts suggest that Mint tour guides there had a few dies for the 1930 penny to use in demonstrating the minting process, and that visitors could acquire examples of the 1930 penny by exchanging one of their pennies for the new coin.

Another theory is that the 1930 pennies were experimental pieces that were set aside, and, when the 1931 order for coins arrived, the tiny number of 1930 cents were shipped out mixed with 1931 coins.

At any rate, during the Great Depression a penny was a lot of money, notes Crellin, and that’s why most surviving circulation examples are found with wear.

Estimates of the number produced vary from around 2,000 to 10,000; about 3,000 is the most commonly quoted figure. Only about 1,500 of the coins are currently traded in the marketplace, according to Stephen Album Rare Coins.

The 1930 Australian penny is by far the most affordable of rare 1930s copper “cents” from around the globe, but it is not cheap.

The coin has been a frequent auction star in 2016, with an example selling in Heritage Auctions’ April 14 auction and an auction in Australia during the same month.

Heritage sold an About Uncirculated 50 example graded by Professional Coin Grading Service for $70,500, including the 17.5 percent buyer’s fee.

International Auction Galleries offered an example it classified as Good Fine/About Very Fine in its April 23 auction, where it realized $19,080 Australian ($14,763 U.S.), including the 19.25 percent buyer’s fee.

The same firm previously offered the finest known circulated example at a June 2, 2011, auction in Melbourne. According to the auction house, the example in that 2011 auction was “superb” with “mint red lustre.” Estimated at $450,000 Australian (then worth about $493,649 U.S.), it failed to sell. 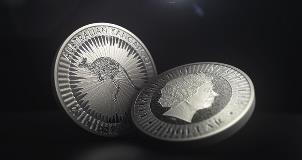 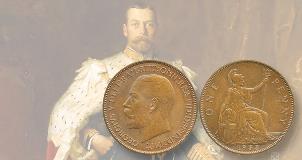 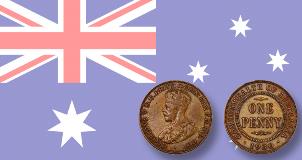