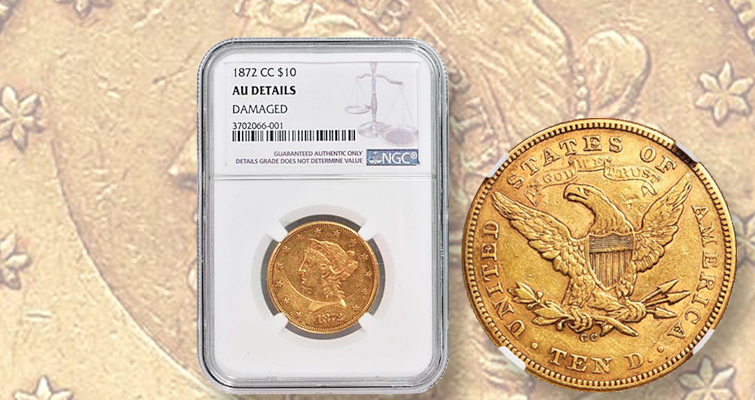 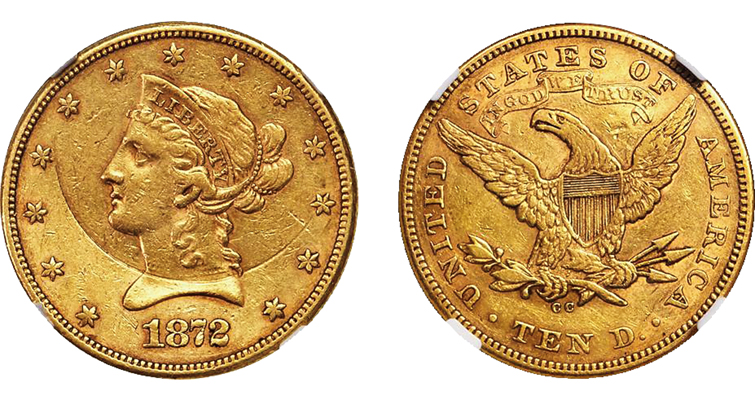 A closer look at both sides of the 1872-CC Coronet gold $10 eagle that has curious obverse damage.

Damage is a broad term that encompasses a variety of indignities imposed on a coin. Damage can be minor or major, but damage is rarely as dramatic and plain weird as seen on this 1872-CC Coronet gold $10 eagle graded About Uncirculated Details, Damaged, by the Numismatic Guaranty Corporation.

Stack’s Bowers Galleries observed, “The surfaces are very nice for a key date mint marked gold coin from the 19th century, with subtle pale rose highlights enhancing light khaki-gold toning.” However, there’s a curious depression that curves through the central obverse. The lot description hypothesizes, “it seems that another coin was impressed into this piece while lying over the upper right obverse.”

The original mintage for the issue is just 4,600 coins and fewer than 100 are known today, with none remaining in Mint State condition. With this level of rarity, examples are offered infrequently and a buyer who was willing to live with an odd coin got a relative bargain at Stack’s Bowers’ Aug. 11, 2016, ANA auction, where it sold for just $3,290. 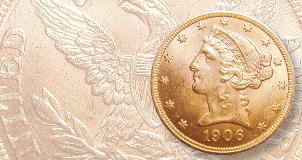 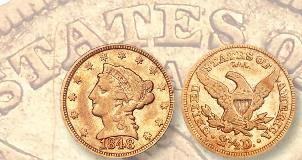