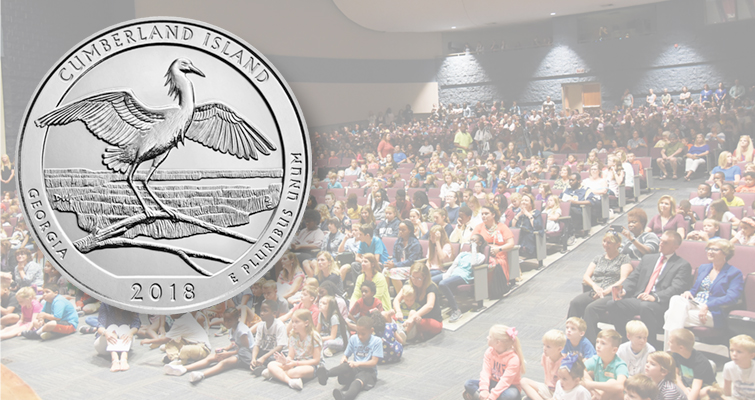 Quarter launch ceremonies like that for the Cumberland Island National Seashore coin still draw collectors and the general public. 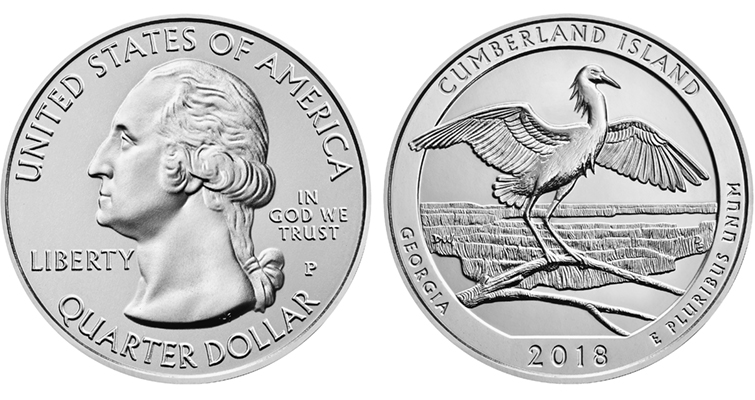 The 2018 Cumberland Island National Seashore quarter dollar is the 44th of 56 America the Beautiful quarter dollars to be issued. 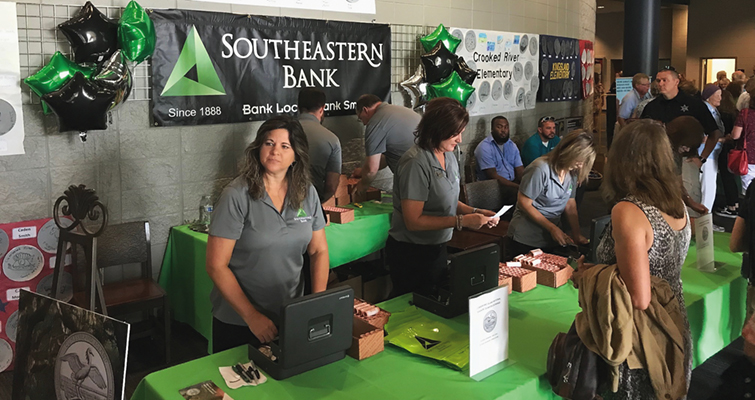 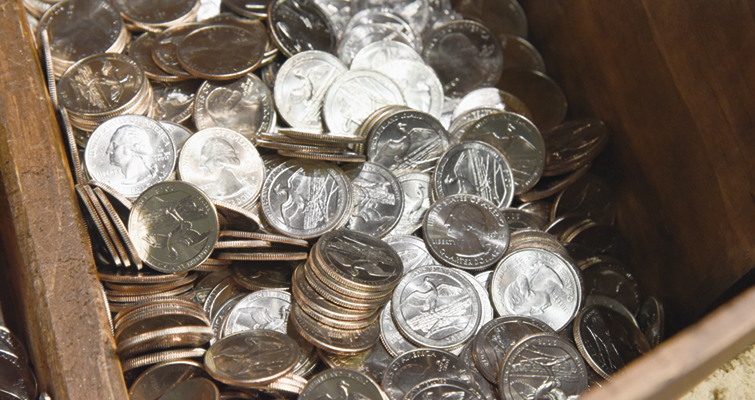 Uncirculated circulation-quality 2018-P quarter dollars gleam from the small boat they were poured into. 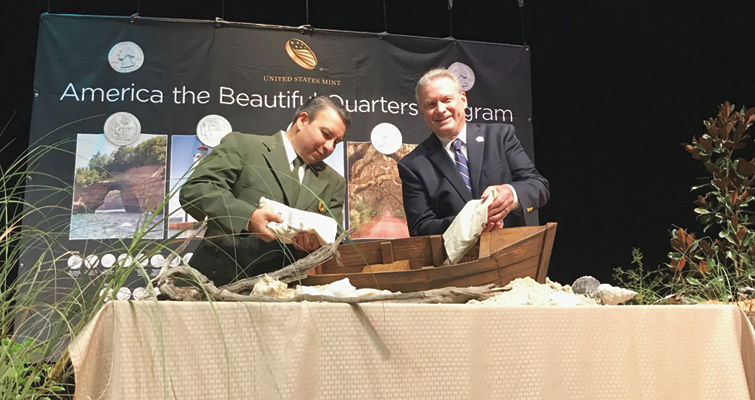 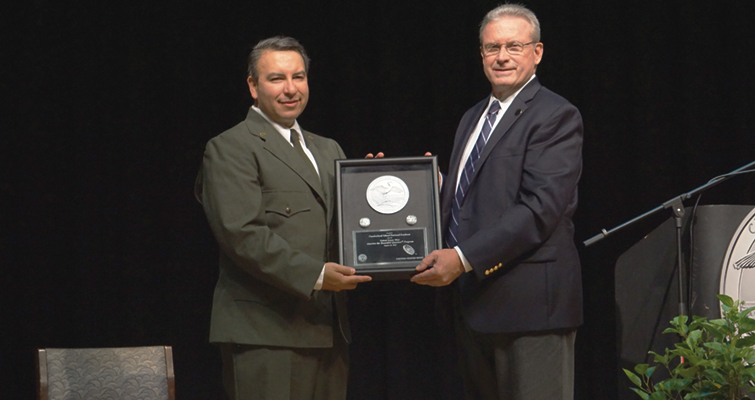 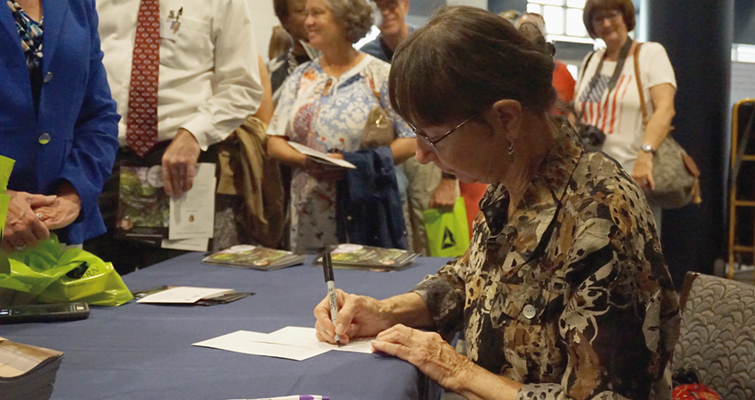 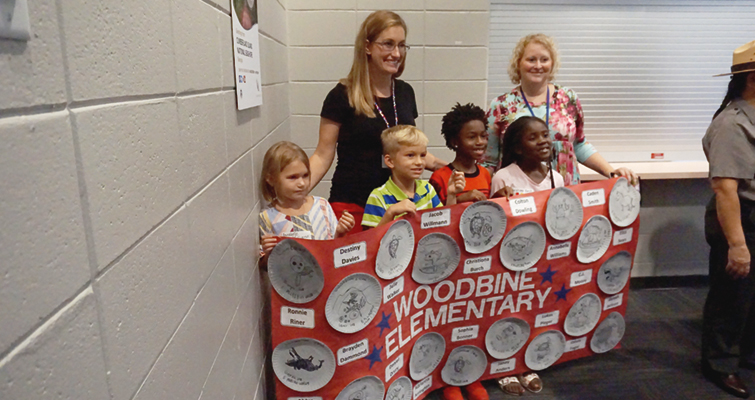 Students from Woodbine Elementary School show off their artistic skills and those of their classmates, having designed their own Cumberland Island National Seashore quarter dollars.

An estimated 1,500 people were in attendance, including 1,200 schoolchildren from local schools from kindergarten to 12th grade.

The quarter dollar is the 44th of 56 to be issued for the America the Beautiful Quarters Program.

The night before the coin launch, 89 collectors and other members of the public met with U.S. Mint officials during a coin forum at Howard Gilman Waterfront Park in St. Marys, Georgia, discussing topics including coin designs, edge lettering, the Mint’s education program, and the American Innovation $1 Coin Program.

The reverse of the Cumberland Island National Seashore quarter dollar depicts a snowy egret posing on a branch on the edge of a salt marsh, ready for flight.

The design was selected from among 13 designs considered by the Commission of Fine Arts and Citizens Coinage Advisory Committee and given final approval by Treasury Secretary Steven Mnuchin.

The reverse was designed by Donna Weaver — a U.S. Mint Artistic Infusion Program artist who retired from the Mint’s engraving staff in 2006 — and sculptured by Donald Everhart II — who retired July 31, 2017, as the lead U.S. Mint sculptor-engraver.

The 12-year America the Beautiful quarters program was launched in 2010. The program calls for one quarter dollar to be issued for each of the 50 states, the District of Columbia and the five U.S. territories — Commonwealth of Puerto Rico, Guam, American Samoa, U.S. Virgin Islands and Commonwealth of Northern Mariana Islands.

The reverse design for each coin is to reflect the national park or historic site being honored. 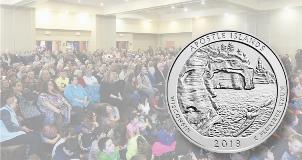