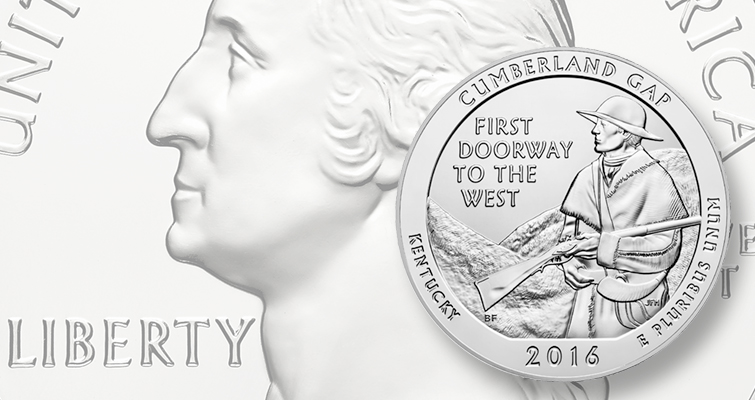 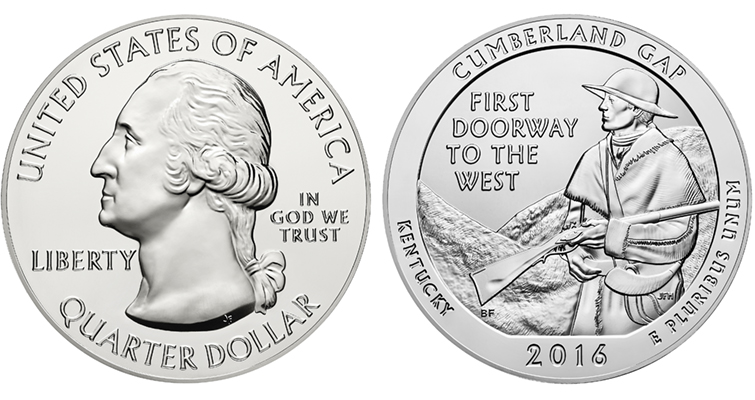 The bullion version of the 2016 Cumberland Gap National Historical Park 5-ounce silver quarter dollar does not bear the P Mint mark of the Philadelphia Mint where it is struck. 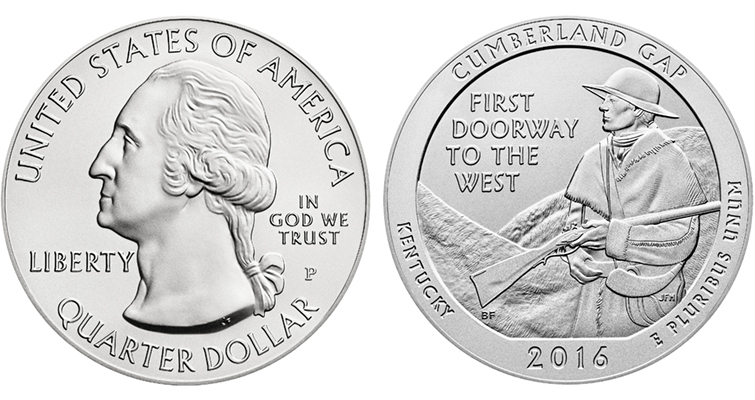 The Uncirculated version of the 2016 Cumberland Gap National Historical Park 5-ounce silver quarter dollar bears the P Mint mark of the Philadelphia Mint on the obverse.

Sales by the U.S. Mint to its authorized purchasers of the 5-ounce silver bullion version of the 2016 Cumberland National Historical Park quarter dollar begin April 18.

Direct sales to collectors and others of the Uncirculated 2016-P version begin at noon Eastern Time May 5. The Uncirculated version of the coin will be offered at $149.95 per coin.

The authorized purchasers buy the bullion version of the coins from the U.S. Mint based on the spot price of the metal per troy ounce according to the London PM fix, plus a premium of $9.75 per coin. The coins are then sold into the secondary market to other dealers, collectors and investors. 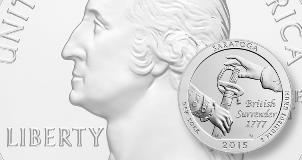 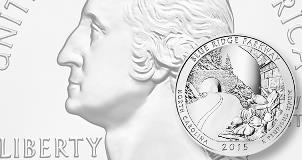 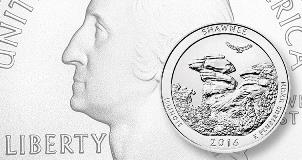