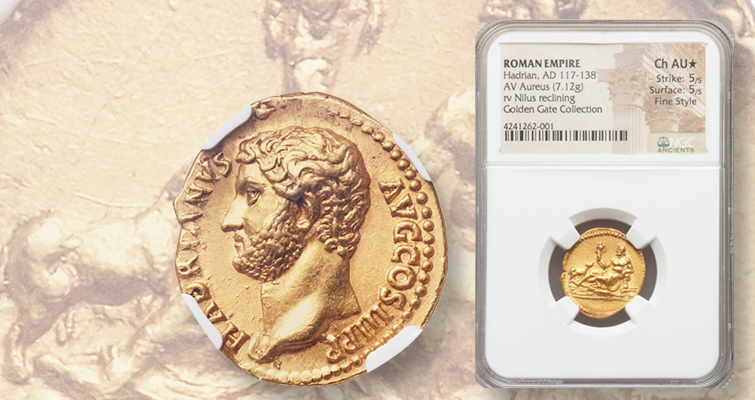 A handsome and potentially unique gold aureus of Hadrian honoring his travels in Egypt topped Heritage’s Aug. 3 auction of the Golden Gate Collection. 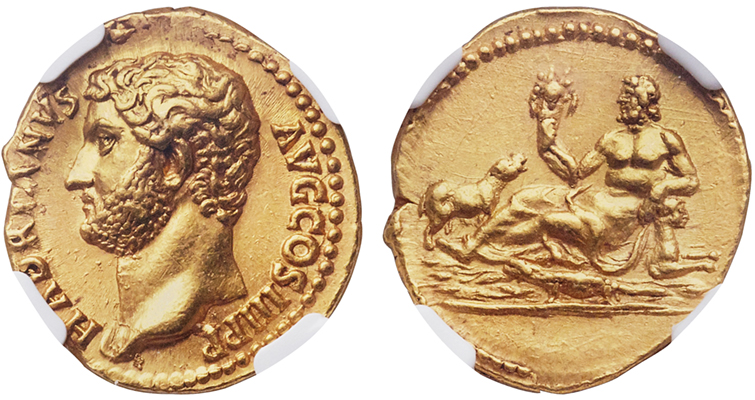 The reverse of the Hadrian gold aureus shows the river god Nilus reclining, half draped, relaxing with one arm supporting his weight on a sphinx and the other holding a cornucopia. A hippopotamus and crocodile also appear in the design.

Steve rarely writes about the world coins, so this group of coins must be a real treat if he decided to cover it. Here's one of these Roman gold coins:

The most expensive coin in the group was a gold aureus of Hadrian (A.D. 117 to 138) graded Choice About Uncirculated with 5/5 surfaces and 5/5 strike, with both a Star and Fine Style notation from Numismatic Guaranty Corp. The reverse shows the river god Nilus reclining, half draped, relaxing with one arm supporting his weight on a sphinx and the other holding a cornucopia (as one does).

A hippopotamus walks right with his head raised and mouth open and below a crocodile advances amid waves.

The small gold piece was struck A.D. 134 to 138 and is part of Hadrian’s famed “Travel Series” where he celebrated his travels including an extended visit to Egypt in 130 to 131. The reverse variety is possibly a unique variant, which Heritage notes is not recorded in the standard references. The cameo-like reverse — uninterrupted by legends and “surrounded by the fauna of Egypt, rendered in the highest artistry of the age” — along with the bold portrait on the obverse make this an extraordinary survivor of this famed emperor who valued beauty. 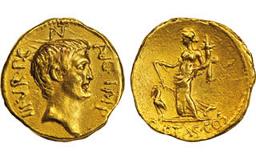 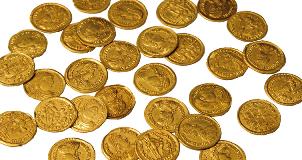