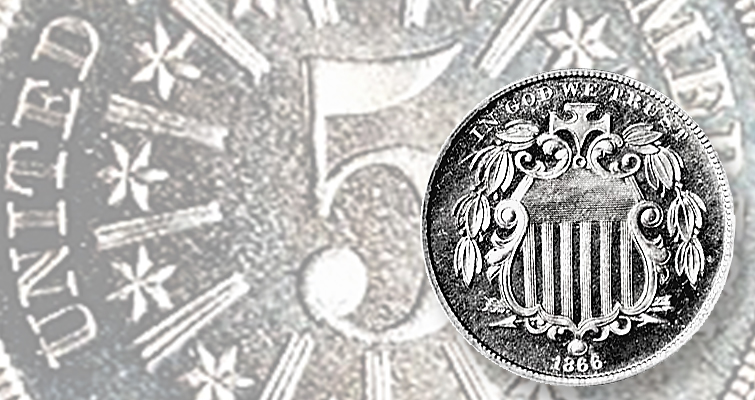 At least one critic panned the design of the Shield 5-cent coin in the American Journal of Numismatics when the series was introduced in 1866. 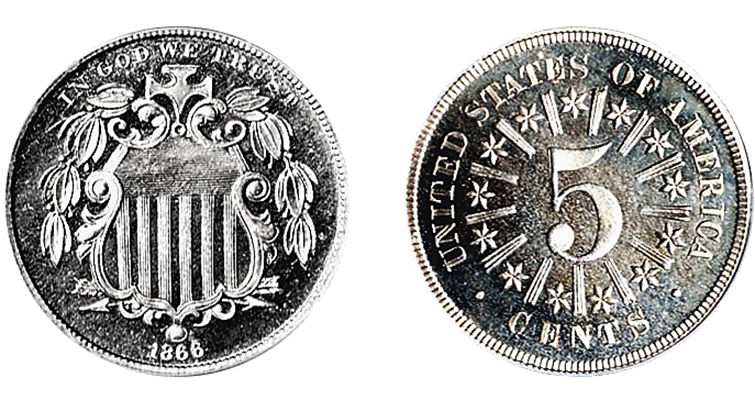 The Joys of Collecting column from May 16, 2016, Weekly issue of Coin World:

If you turn to the September 1866 issue of the American Journal of Numismatics, you will find that a Proof Shield nickel, just released, could be ordered from the Mint for 10 cents. If only your great-grandfather had ordered 100 of them and kept them to pass down the family to you. His investment would be worth $475,000 today!

On the other hand, if your theoretical ancestor had read this review on the same page of the journal, perhaps he would not have ordered even one! Under the heading “The New Five Cent Piece” the writer opined:

“I have at length succeeded, by the help of a friend, in obtaining a proof (?) set of the one, two, three, and five cent pieces of 1866; and, inasmuch as the latter piece, particularly, is an ‘original,’ both in design and workmanship, perhaps a description of it may prove acceptable.

“I say it is an ‘original,’ because I have seen nothing like it in my collection …

“On the obverse of this remarkable coin, the first thing that attracts the attention, is a very elaborate and highly ornamented gridiron [frying pan], the clumsy handle of which appears to be broken from the body, thus rendering this culinary utensil almost useless. The upper part and sides of this gridiron are hung with leaves of some sort, strongly reminding one of the savory bunches of herbs displayed in a market-house in autumn, or of a green grocer’s sign in huckleberry time. Perhaps the same accident that severed the handle of the gridiron also fractured the lower part, for we notice that it is there skewered by two arrows, pointing in opposite directions. The motto ‘In God we trust,’ is very opportune, for the inventor of this coin may rest assured that the devil will never forgive him for such an abortion.

“The reverse of this thing is less objectionable, for the inventor appears to have almost exhausted his remarkable skill on the obverse. However, he has made a ‘bold push’ and brought forth something. Here we have a circle of stars intersected by thirteen bars of three scratches each … The make-up of this coin is completed by the insertion in the field, of a big, loud 5 with ‘cents’ in the exergue … Mr. Editor, did we ever have another such coin?”