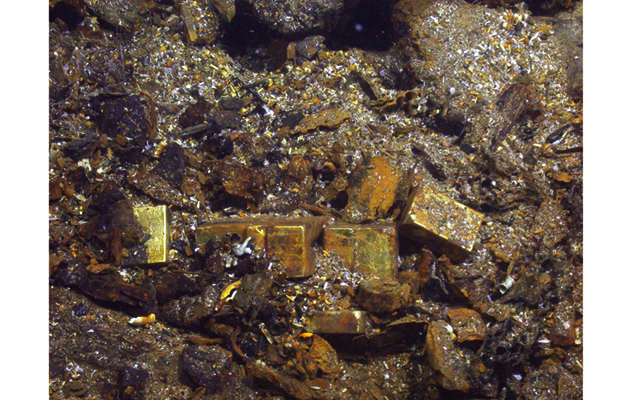 Gold bars were discovered near the stern of the sunken SS Central America during one of the remotely operated vehicle dives in 2014 by Odyssey Marine Exploration to recover additional treasure. 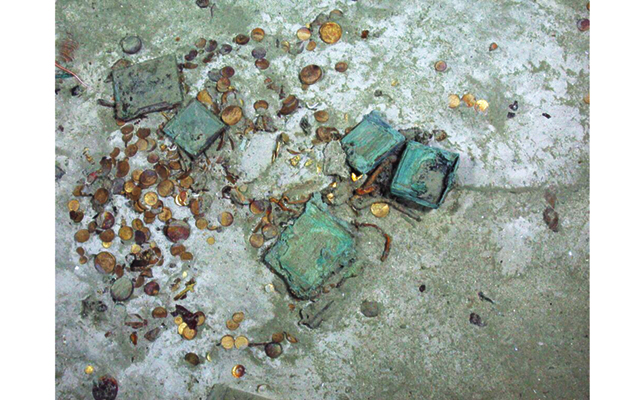 One of the piles of gold coins, lying on the surface, outside the shipwreck hull. Odyssey Marine Exploration recovered the items in 2014.

The SS Central America sank Sept. 12, 1857, during a hurricane, sending its priceless gold and silver cargo to the bottom of the Atlantic Ocean.

The ruling from the Ohio Court of Appeals, 10th Judicial District, leaves intact a contract California Gold Marketing Group originally signed in 1998 and updated the following year with the treasure salvors to market and sell any treasure from the shipwreck. The ruling reverses a Franklin County Common Pleas Court decision in Columbus, Ohio, that authorized a court-appointed receiver in May 2014 to nullify the contract with California Gold Marketing Group for marketing additional salvaged treasure.

Odyssey Marine Exploration LLC in Tampa, Fla., salvaged additional treasure from the wreck site off the South Carolina coast between April and September in 2014, under a contract with the court-appointed receiver.

The appellate court's opinion, written by Judge John A. Connor, concludes that the receiver, attorney Ira O. Kane, did not correctly interpret the terms of the 1999 revised contract with California Gold Marketing Group and that the receiver maintains all rights to control the disposition of any additional salvaged treasure.

Salvage operations were financed with more than $12 million combined received from more than 160 investors, including the Dispatch Printing Co., which publishes the Columbus Dispatch newspaper in Ohio.

The investors who brought suit maintain through litigation that none of them were compensated from the millions of dollars in profits generated by Thompson's sale of the treasure to California Gold Marketing Group. The investors in 2005 were successful in having Kane appointed as receiver to oversee the management decisions of Thompson's two companies.

During the ongoing litigation, Thompson failed to appear for a court appearance in 2012 and became a fugitive along with his longtime assistant, Alison Louise Antekeier. Thompson and his assistant were arrested by U.S. marshals at a Florida hotel Jan. 27.

The full 23-page appellate court opinion in the SS Central America litigation can be accessed here.