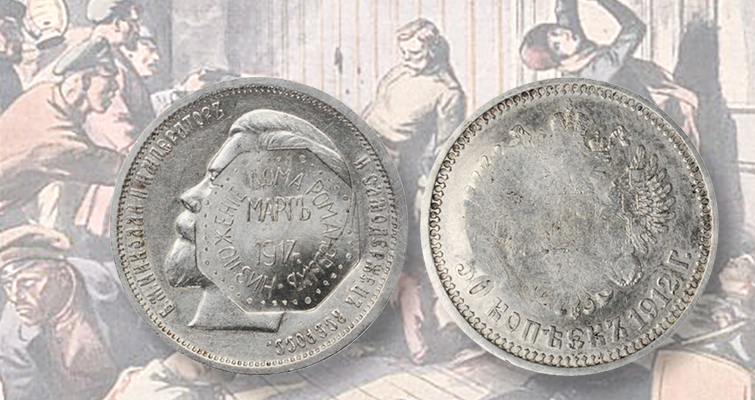 A silver 50 kopek coin from 1912 depicts Czar Nicholas II, who would be deposed in 1917. A countermarked message on this coin celebrates the historic event. 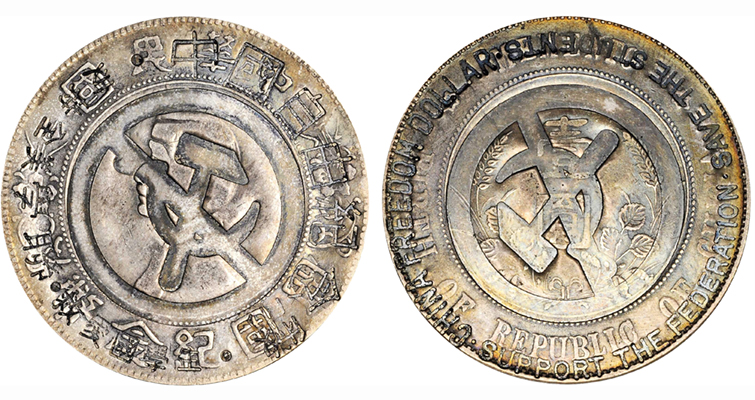 Chinese students at the University of California at Berkley in 1989 commissioned coins countermarked with messages of support for the protests occurring in Beijing that year.

That coins can serve as political propaganda is surely no surprise to collectors who’ve paid attention.

Coins reflect a nation and its leaders, and the values that shape it and them. They can also be co-opted by individuals and organizations that place their own messages on them.

That’s the case with two different types offered during Stack’s Bowers Galleries’ Jan. 17 to 21 auction in New York City, where four coins tell the story of two different political events of the 1900s.

The Russian Revolution in 1917 spawned the first type under consideration.

A countermark in Cyrillic lettering on a Czar Nicholas II silver ruble of 1899 proclaims the “End of the House of Romanov” and the date, March 1917. These counterstruck issues celebrate the deposing of the czar and his family, ending the 300-year rule of the Romanovs.

Fast forward more than 70 years to 1989, when unrest in China sparked demonstrations, ending with 1 million people assembled in Tiananmen Square before government forces cracked down June 4.

An anti-Communist symbol and Chinese legend countermark appears on the obverse of each coin, with the reverse bearing the same central symbol, and the peripheral in English: CHINA FREEDOM DOLLAR  SUPPORT THE FEDERATION  SAVE THE STUDENTS.

One of the coins was an undated (1927) Memento silver dollar in EF condition, with an Uncirculated countermark. It realized $840, including the fee.

The other host coin was an EF 1902 French Indo-Chinese Piastre de Commerce silver coin, with the same Uncirculated countermark, which realized $720. 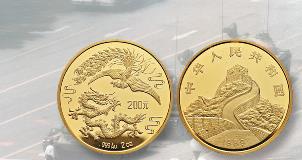 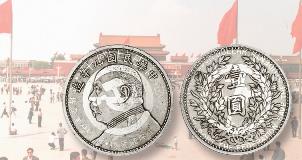 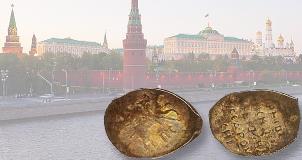