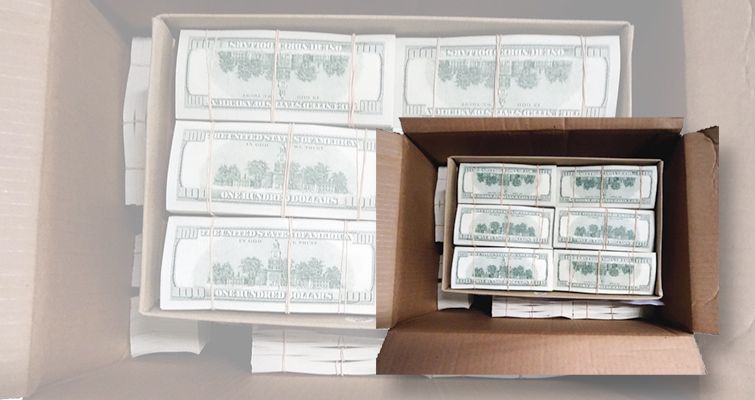 The famous North Korean supernotes and the recent rise of Peru as a center for counterfeiting United States paper money may cause us to forget that some nearly as good counterfeiting has been done on native shores. 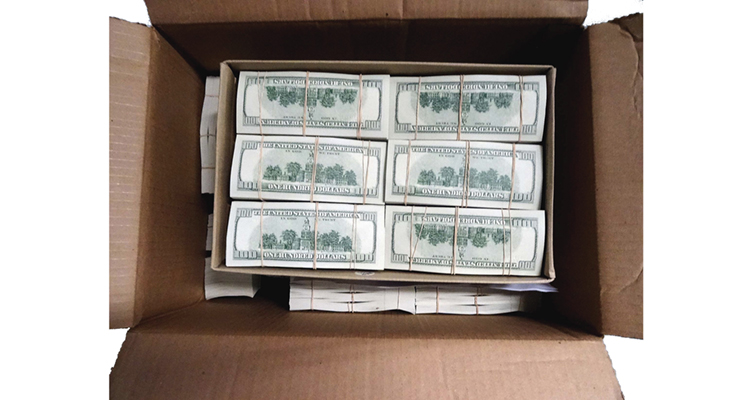 The famous North Korean supernotes and the recent rise of Peru as a center for counterfeiting United States paper money may cause us to forget that some nearly as good counterfeiting has been done on native shores. A reminder of that was published in a recent lengthy report in Bloomberg BusinessWeek, “Fantastic Fakes: Busting a $70 Million Counterfeiting Ring” by Del Quentin Wilber.

Counterfeit $100 notes first showed up in the New York area in the late 1990s and then in both Russia and Israel. The Secret Service gave them the moniker “Russian-Israeli” notes based on the theory they were printed in one of those two places.

Quality was good. Foil stamps were used to etch a security thread, four plates were used for different areas of the notes, the bills were printed with metal plates, and after the face and back sheets were glued together they were treated with a substance that counteracted detector pens.

An investigation lasting years finally discovered that, to save on shipping costs and to avoid U.S. Customs and Border Protection, the printing was shifted from Israel to New York in 2007. It was moved back to Israel, but in 2014 its was moved to the Philadelphia suburb of Cherry Hill, N.J. That was when the Secret Service issued a notice to businesses revealing a diagnostic it had known but kept quiet about for years — a “77” stamped in the bottom right corner. The hope was that, after it was publicized, the local counterfeiters would talk about their predicament on tapped phone lines. The gambit worked.

Agents learned quickly that the counterfeiters were working not only to replace the “77” notes but also to fake the just-released Series 2009 $100 notes, using new more advanced equipment delivered Feb. 25.

Raiding the printing facility May 28, 2014, agents found ink, solvents, printing plates, an offset press, etching machines, an embosser, heat presses, a computer with more than 3,000 images of currency and $2.5 million worth of fakes. Thirteen people were indicted and sentences ranging from three to 15 years in federal prison were handed down.

The detailed and illuminating forensic analysis used in court against the counterfeiters is here. 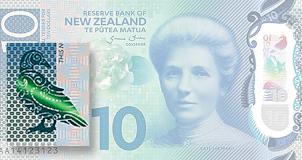 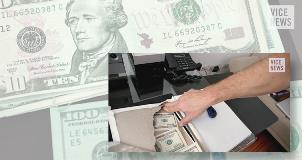