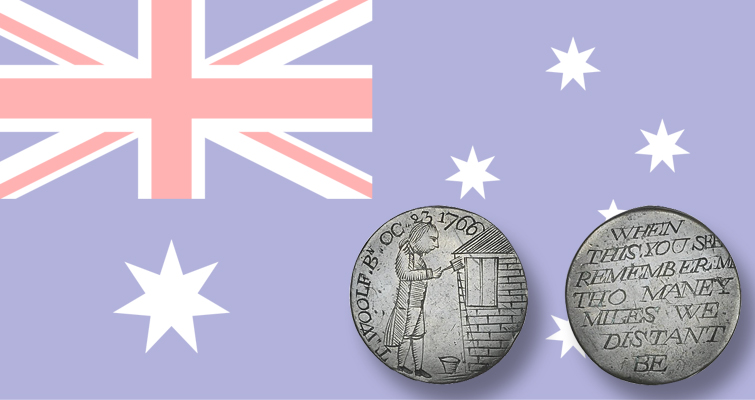 A convict love token realized about 10 times its estimate during Dix Noonan Webb’s auction of coins, tokens and historical medals on July 8.

The colonization of Australia famously received boosts through periodic arrivals of convict transportation ships. Such ships brought thousands of English criminals to Australia (and the United States, as well), and rare folk art survives today from this period in the form of convict love tokens.

Convicts frequently carved coins into pieces of remembrance for the family left behind.

One side of the subject token depicts a male figure in long coat, wielding possibly a paint-brush on a window frame set into the brick wall of a house. The inscription, T. WOOLF BN OC 23 1766, likely identifies the artist and a birth date.

The other side (really, what constitutes obverse and reverse in absence of traditional design details?) bears the inscription WHEN THIS YOU SEE REMEMBER ME THO MANEY MILES WE DISTANT BE, in seven lines.

The owner’s ticket stated that Woolf was transported to Australia on one of the vessels named Asia, and suggested that he was in New South Wales in the 1828 Census. 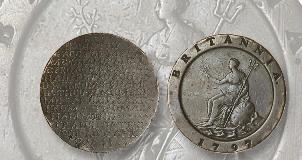 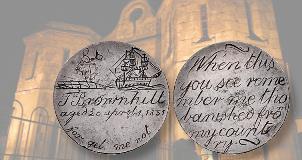 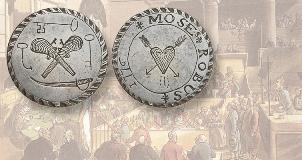