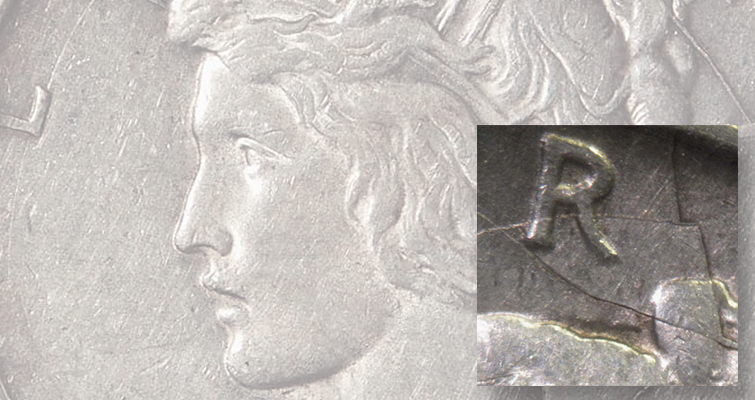 A series of breaks in the obverse set portions of the die at different levels. The lower part of the R of LIBERTY appears to float. 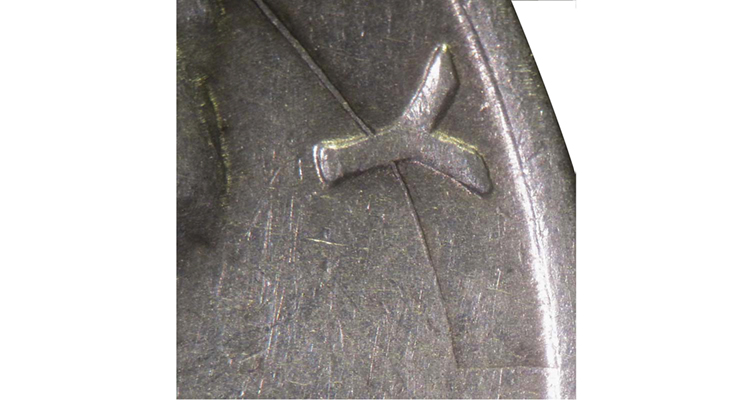 The breaks through LIBERTY continue down through the Y with a branching crack to the rim. 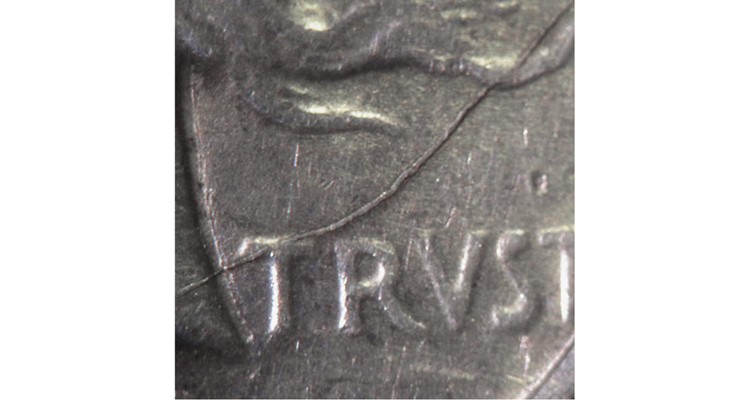 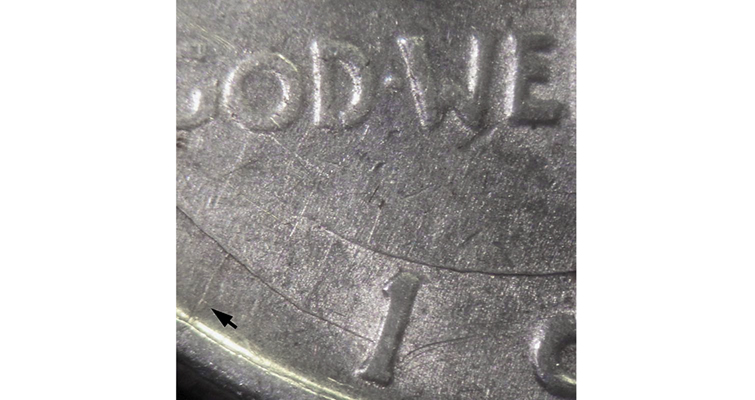 Curved cracks that run roughly parallel to the edge form under GOD WE. Several short radial cracks branch off toward the rim.

Collectors who specialize in Peace dollar varieties found their efforts highlighted and refocused with the 2012 release of The Elite 30 Peace Dollar VAMs by David Close and C. Ash Harrison.

One of the strongest broken die varieties in the book exhibits intense visual impact.

The VAM-2A 1922-D Peace dollar was discovered by Michael Fey in 1999 and subsequently cataloged by Leroy Van Allen in Wonders of Peace Dollars. The formal VAM listing titles the variety as a “Die Break in Hair Bun,” but it really is much more involved than that.

This particular obverse is nothing short of shattered — so much so that it’s safe to assume this was the anvil die during striking. It’s hard to imagine that pieces wouldn’t have fallen out if this had been the hammer die.

The VAM-2A 1922-D Peace dollar may be instantly identified by a broken section of the obverse that includes part of the hair bun and the lower half of the R of LIBERTY. This triangular shaped wedge sits higher than the adjacent sections. A bold break continues down through the hair bun and the letters TY.

Well below the Y, another radial break touches the rim. This section from around the middle of the hair bun to below the Y is completely outlined by breaks that reach the rim at their ends.

Clear displacement is seen in the field, so this section of the obverse die fits the definition of a retained cud, one of the largest found on a Peace dollar.

The VAM-2A 1922-D dollar is relatively rare, but this is natural. It is a die stage, so it occurs only during a portion of the marriage’s life span. The die was literally starting to fall apart when this stage was struck, further limiting its production. Earlier examples from this marriage with far less of the crack pattern present exist, but these command far less interest. 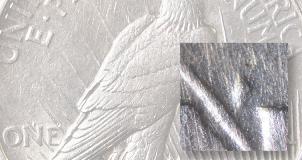