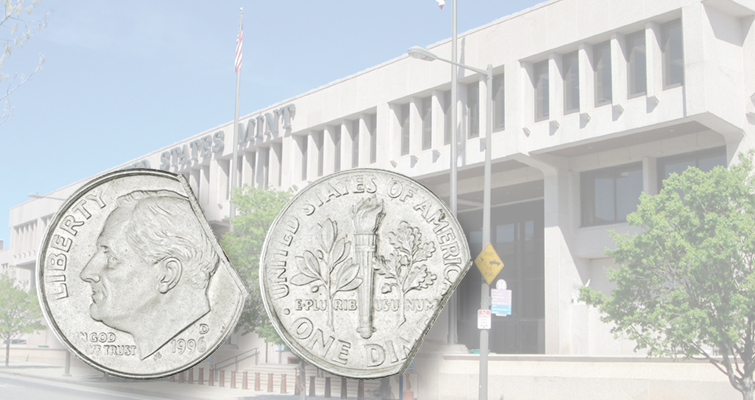 The United States Mint, through its production facility in Philadelphia, has operated a Mutilated Coin Redemption Program since 1911 to recycle coins like the damaged 1996-D Roosevelt dime, illustrated, that someone appears to have intentionally damaged.

A Hong Kong-based firm that recycles millions of dollars of U.S. coins from China through the U.S. Mint’s Mutilated Coin Redemption Program filed suit Oct. 29 seeking compensation for $3.25 million face value in coins the company claims the federal government wrongfully seized in 2014 and 2015.

The suit from Wealthy Max Ltd., headquartered in Kowloon, was filed in U.S. District Court for the Eastern District of Pennsylvania in Philadelphia on the same day U.S. Mint officials announced a six-month suspension of the Mutilated Coin Redemption Program. That suspension became effective Nov. 2 while an investigation is conducted into alleged wrongdoing associated with the program.

The Mutilated Coin Redemption Program has been operated through the Philadelphia Mint since 1911.

The Oct. 29 suit was filed against the United States Treasury, U.S. Mint, U.S. Customs and Border Protection, and the executives heading those agencies. Attorneys with the Department of Justice, on behalf of the federal government, have up to 60 days to respond to the complaint.

Wealthy Max contends in the suit that the government violated the Civil Asset Forfeiture Reform Act of 2000 and the Fourth and Fifth Amendments to the U.S. Constitution by failing to notify Wealthy Max of the seizure within 60 days or file a civil forfeiture complaint within 90 days.

The federal government filed a civil complaint in August 2015 seeking forfeiture of the three shipments of mutilated coins sent by Wealthy Max Ltd. through the Mint’s Mutilated Coin Redemption Program.

Wealthy Max is one of three companies under federal scrutiny concerning alleged efforts to defraud the program. The other two are American Naha Inc. and XRace Sports Co. Ltd.

According to Wealthy Max officials, the firm has an untarnished record over 13 years of sending more than 150 shipments of mutilated coins for redemption as a by-product of the scrap metal recycling business in China. Wealthy Max reclaims damaged coins from scrap metal shipped to China for recycling, according to the suit.

Federal officials seized three Wealthy Max shipments of mutilated coins — one each delivered June 26, 2014, Oct. 16, 2014, and March 25, 2015 — totaling $3.25 million in face value. The shipments were delivered to the U.S. Mint or designated smelters for eventual metal reclamation after redemption, with the recovered metal to eventually be manufactured into new coins.

Wealthy Max officials claim the funds that would have been received through the mutilated coin redemption, had they not been frozen indefinitely, would have been used to source additional coins for redemption.

“Wealthy Max has filed this suit against the U.S. government authorities to recover its property, or receive compensation, as is its right under the law,” said Bradford L. Geyer of GeyerGorey LLP. “CAFRA was enacted to prevent just this type of government overreach in the seizure of private property. The rules are clear, if the government seizes property it has to provide notification to the owner within 60 days and file a complaint for forfeiture within 90 days.  In this case the government has utterly failed to comply with the law.”

Richard Peterson, deputy Mint director for manufacturing and quality, announced through an Oct. 29 Federal Register posting that, “Because of the possibility of unlawful activity on the exchange program, the United States Mint is suspending its redemption of bent and partial coins for a period of six months to assess the security of the program and develop additional safeguards, as necessary, to ensure the integrity of United States coinage.”

The exchange of bent, partial or otherwise mutilated coins for reimbursement was authorized under the authority granted under Section 5120 of Title 31 of the United States Code.

According to Peterson’s announcement, the redemption of uncurrent coins as defined by 31 CFR [Code of Federal Regulations] 100.10(a) is unaffected by the suspension.

“Uncurrent coins may still be redeemed by Federal Reserve banks and branches in accordance with the criteria and procedures set forth in 31 CFR 100.10,” according to the Federal Register announcement.

Uncurrent coins are those that are worn or reduced in weight through circulation but are still visually recognizable and machine countable. 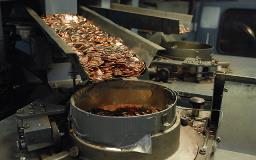 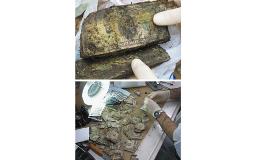 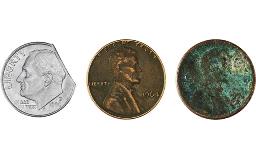