'Colonial'-ists gather to share their passion about colonial coins 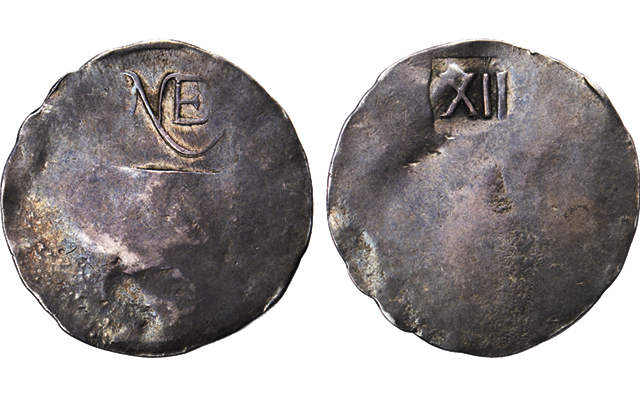 The annual convention of the Colonial Coin Collector’s Club, held in Baltimore in conjunction with the Oct. 30 to Nov. 1 Whitman Expo, redefines what a convening of numismatists should be.

While there is a bourse, and plenty of coins are bought and sold, business is far from the focus. Friendships are central, with as much time spent visiting and talking coins as anywhere else. Show and tell is the norm, with many collectors taking a bourse table in the C4 area just to have a place to look at coins and socialize.

Even dealers get into this routine, bringing their personal collections and relishing a crowd that enables even their oddest Colonial-centric numismatic interests to find an appreciative audience.

There may not be another group that focuses so much on education and evangelization of their interests.

Joining forces with the American Numismatic Society, the C4 convention hosted an evening of presentations for the latest installment of the Stack Family Coinage of the Americas Conference, a lecture series that has covered a wide variety of topics since its founding in 1984.

This year, four speakers presented talks on the overarching topic of “Circulating Coinage of Pre-Federal America.”

Oliver Hoover of the ANS started with an excellent overview of foreign and homegrown types in his talk titled “Coins of Our Forefathers: The Circulating Money of North America before 1780.”

Jack Howes covered the myths, legends, and truth behind Thomas Machin in his well-researched “The Man and His Coinage.”

I got to dig into my personal collection and research files to explain the evidence behind how we know what circulated in early America in “World Coins That Circulated in Early America: Sources and Methods.”

A Friday night auction session of hundreds of Colonial coins by Stack’s Bowers Galleries and a Saturday afternoon auction of Colonial-focused numismatic literature by Kolbe and Fanning followed, giving attendees plenty of opportunity to find a prize to take home, whether they were looking for New Jersey coppers or the rare Chapman catalogs that depicted them a century ago.