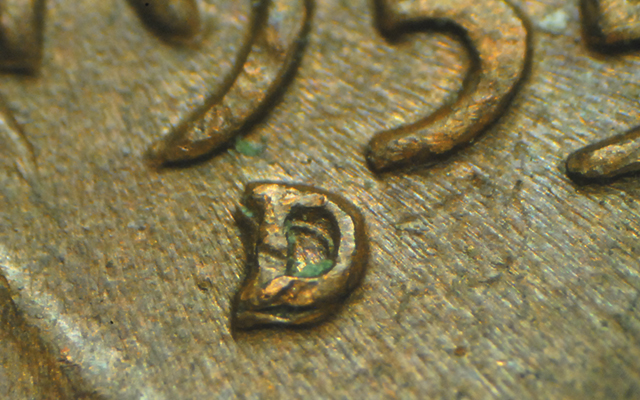 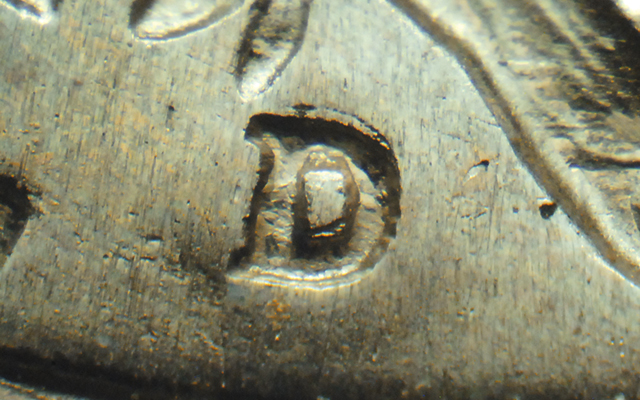 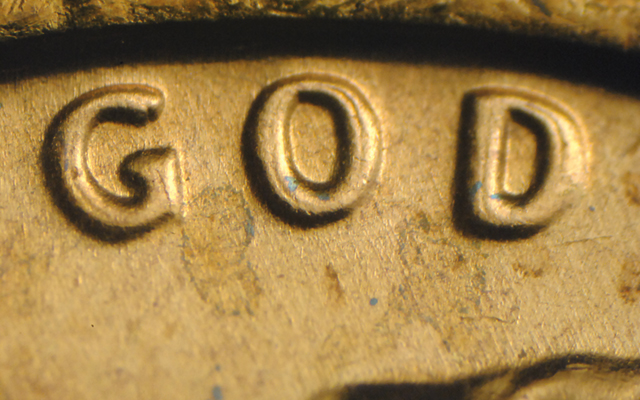 A 1973 Lincoln cent with nice obverse doubling was submitted by Robert M. Pelletier. 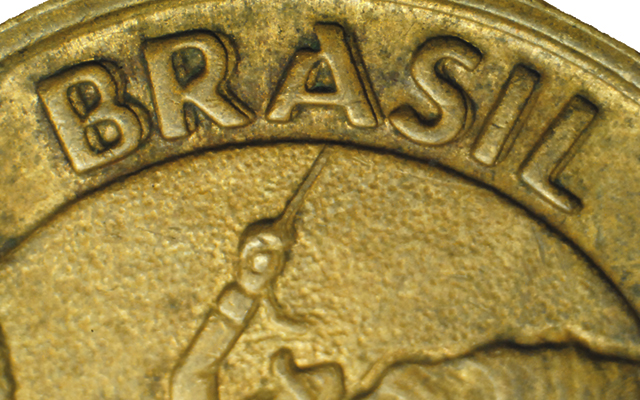 Strong doubling shows on BRASIL on this 2001 10-centavo coin submitted by Joseph Mitchell.

Our first two featured coins this month take us back to the era (pre-1990) when the Mint mark was hand punched into the working die.

It typically took more than one tap of the mallet on the hand-held punch to produce a satisfactory image of the Mint mark on the working die.

If the punch were moved at all between taps of the mallet, a doubled, or sometimes tripled, Mint mark resulted. These varieties came to be known as “repunched Mint marks” or RPMs.

Mark Joyner submitted a 1955-D Lincoln cent with a very nice doubled Mint mark that would be described as a D/D South. I have this one listed as 1955-D 1¢ WRPM-002.

The Combined Organizations of Numismatic Error Collectors of America (CONECA) lists it as RPM #2 and Coppercoins lists the variety as 1955D-1MM-002.

Back on the doubled die front, a 1973 Lincoln cent with a very nice doubled die obverse was submitted by Robert M. Pelletier. It is a Class I doubled die variety with doubling showing on IN GOD WE TRUST, LIBERTY, and the date. I have it listed as 1973 1¢ WDDO-001. While it is not a new listing for my files, it is still a very nice find.

However, if doubled die on a non-U.S. coin  is strong enough, I will occasionally sneak it into this column, just to let Coin World readers know that nice doubled dies are out there from countries outside the U.S. borders.

So it is with a 2001 Brazil 10-centavo coin from Joseph Mitchell, which shows strong doubling on the entire obverse.