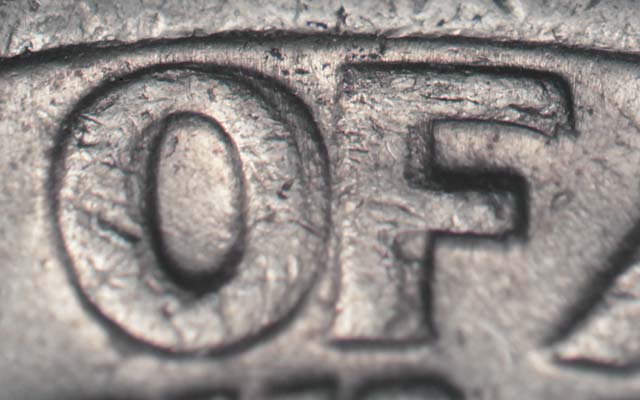 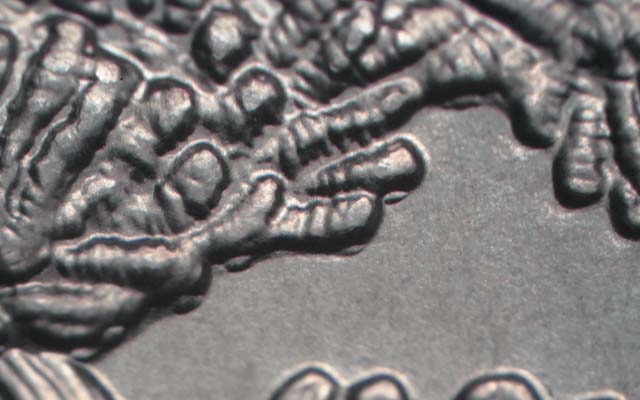 A 2013-P Great Basin National Park quarter dollar submitted by Bill Bonina shows doubling on the underside of the leaves north of the bottom right branch of the bristlecone pine tree. 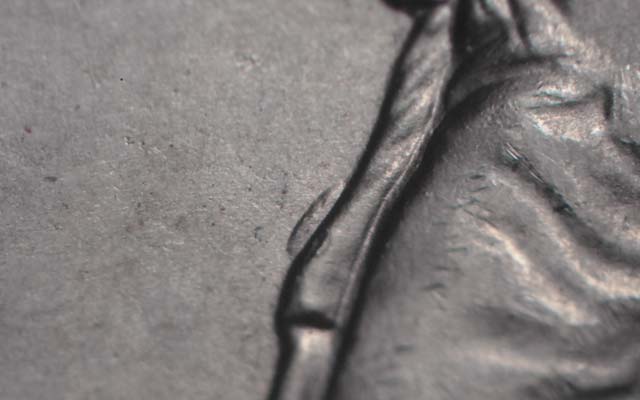 Bonina also submitted this 2013-P Perry’s Victory and International Peace Memorial quarter dollar that shows minor doubling on the outside of the coat worn by Master Commandant Perry to the upper left of his right leg. 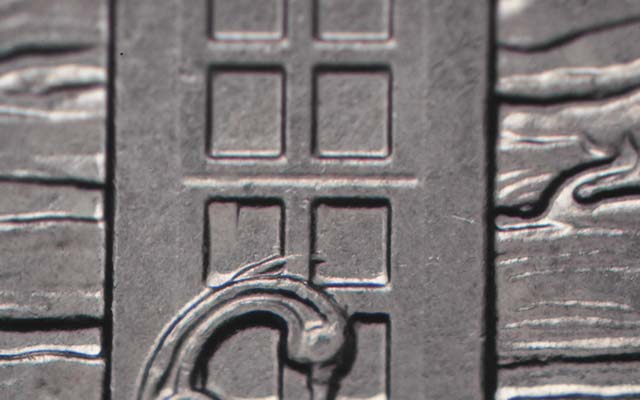 This 2015-P Homestead National Monument of America quarter dollar submitted by Bryant Allard shows doubling from the top of the water pump inside the two windows directly behind the top of the pump.

Daniel Ksycki gets things started with a 1971 Washington quarter dollar that has a major doubled die reverse. A very strong counterclockwise spread shows on UNITED STATES OF AMERICA, E PLURIBUS UNUM, QUARTER DOLLAR and the wreath.

The 2013 Great Basin National Park quarter dollar reverse shows a bristlecone pine tree. A 2013-P example from Bill Bonina shows doubling on the underside of the leaves (needles) north of the bottom right branch of the tree. This one is a first for my files and is now listed as 2013-P 25¢ NV WDDR-001.

Bonina also submitted my first doubled die listing for 2013 Perry’s Victory and International Peace Memorial quarter dollar. A statue of Master Commandant Oliver Hazard Perry is in the foreground and the Peace Memorial is located in the background of the design on the America the Beautiful quarter.

The upper portion of Master Commandant Perry’s right leg is near the center of the die, where most doubled dies occur on the Mint’s single squeeze hubbing presses, so it was no surprise to see doubling on the outside of Perry’s coat hanging to the upper left of his right leg. I now list this one as 2013-P 25¢ OH WDDR-001.

More 2015 Homestead National Monument of America quarter dollars have been reported since last month. The number of listed varieties has jumped to 18.

The variety I list as 2015-P 25¢ NE WDDR-008 was submitted by Bryant Allard. Doubling from the top of the water pump shows inside the two windows directly behind the top of the pump.