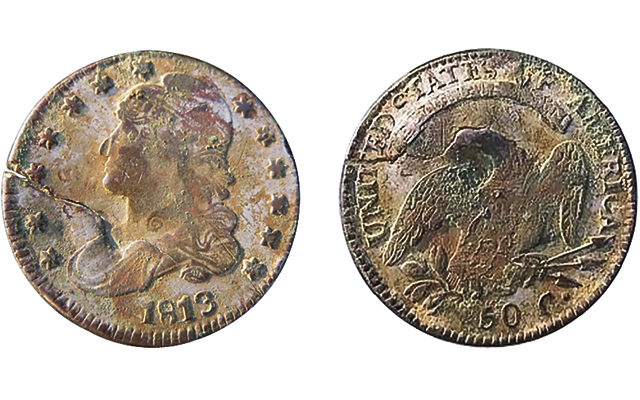 Collectors continue to discover new varieties of contemporary counterfeit Capped Bust half dollars, both cast and struck. A struck example is illustrated

The census of struck and cast contemporary counterfeit Capped Bust half dollars continues to grow.

The census has been expanding at a faster pace since the 2010 publication of the second edition of author Keith Davignon's Contemporary Counterfeit Capped Bust Half Dollars.

The counterfeits posted on the CCCBHCC website are attributed by Davignon number, according to the author's attribution system.

Discoveries of completely new varieties are also attributed according to the same system.