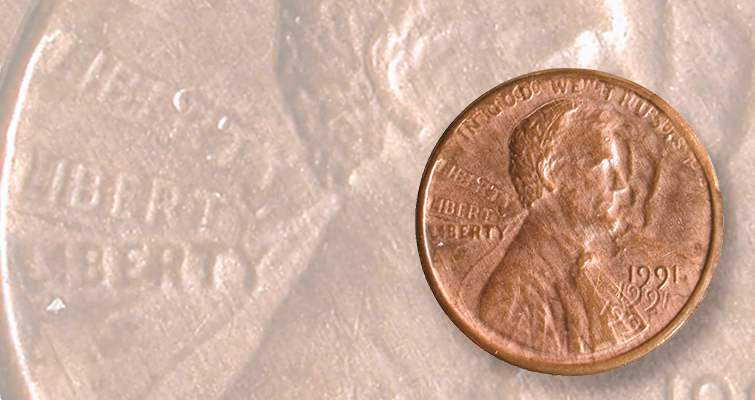 1991 Lincoln cent was struck through a rotated late-stage die cap shows wo sets of incuse design elements that document two previous shift-and-strike events before the final strike that created this coin. 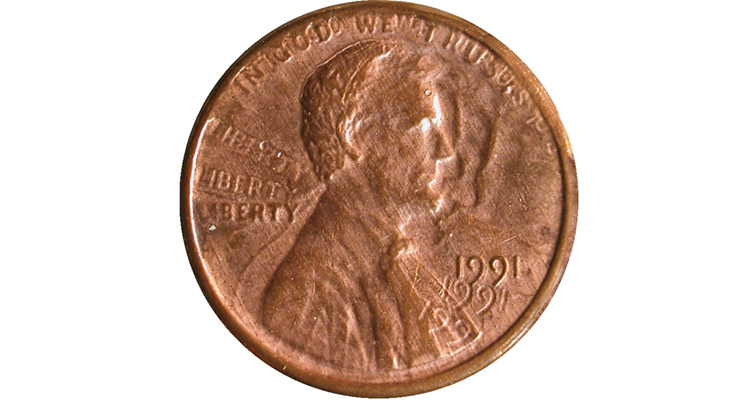 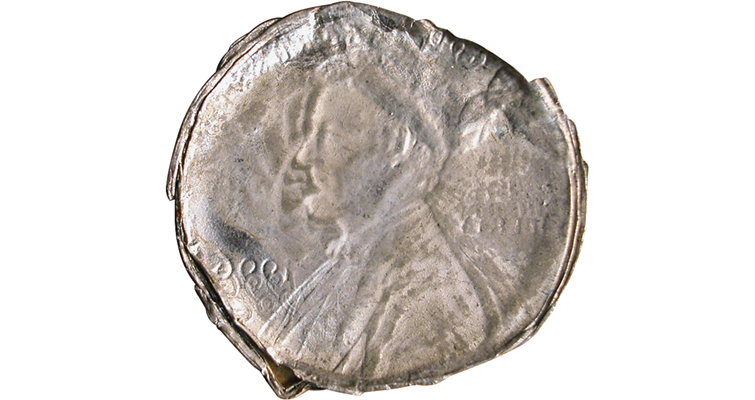 The reverse face of this detached cap bottom on a 1996 Lincoln cent shows an incuse mirror-image ghost of the obverse design generated by the last strike it experienced. It also shows two sets of raised mirror-image design elements representing earlier shift-and-strike events. 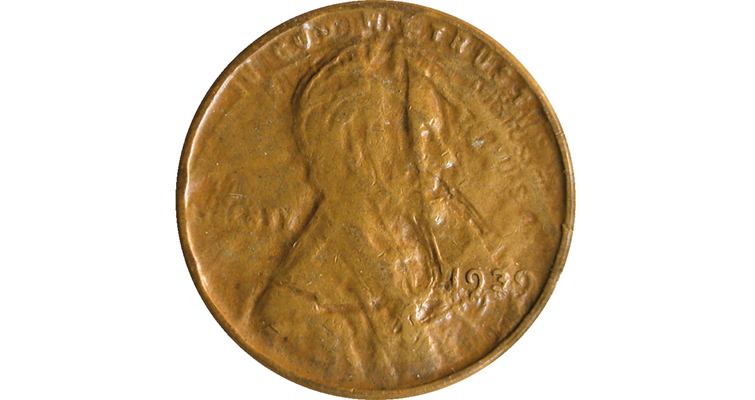 The obverse face of this 1939 Lincoln cent was struck through a dislodged, multi-struck late-stage die cap. Four shift-and-strike events preceded the final strike that generated this coin. 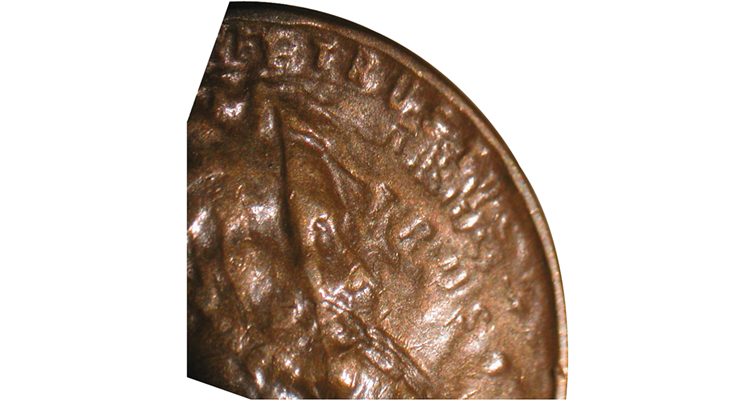 A close-up of the obverse face shows four normally-oriented, incuse versions of the motto IN GOD WE TRUST.

A die cap is a coin that sticks to a die and strikes a succession of planchets. (Let us assume for the remainder of this discussion that the die cap is affixed to the hammer die and that the latter is also the obverse die.)

Any raised or brockaged design elements originally present on the die cap’s working face are eventually erased by the constant battering. At this point the die cap can be described as “late stage.”

The numerous impacts also cause the floor of the die cap to get progressively thinner. The thinning floor molds itself to the recesses of the die face, leaving the working face of the die cap with an incuse ghost image of the obverse design. Coins struck at this stage naturally have a corresponding raised ghost image and are designated “late-stage capped die strikes.”

The numerous strikes also cause the expanded periphery of the die cap to climb steadily upward alongside the die neck to form a steeply inclined or vertical wall.

Late-stage capped die strikes are common. But every so often a late-stage die cap will become dislodged or the floor of the cap will break away from its wall. The cap or cap bottom will then shift to one side, rotate, or execute a combined movement. When the cap is struck again, the original incuse features on the working face are driven into a fresh planchet, generating a set of normally oriented incuse design elements on the coin.

Shown here is a 1991 Lincoln cent struck by a rotated late-stage die cap. It shows two sets of incuse design elements that document two previous shift-and-strike events before the final strike that created this coin.

Incuse elements appear on the coin because the thickness of the cap floor is greatest in the recesses of the die. These areas are subjected to slightly lower effective striking pressure, so the metal lining the recesses isn’t thinned as much as metal covering the field portion of the die face. When the cap is dislodged, this thicker metal is forced into the planchet. The originally incuse design on the cap’s working face is transformed into a raised, mirror-image design.

Every time a cap or cap bottom shifts position and is struck, a new set of raised, mirror-image elements is left on its working face. This process can be repeated over and over again. I’ve seen shifted cap strikes with as many as nine sets of normally oriented incuse elements overlying the raised ghost image from the final strike (Collectors’ Clearinghouse, June 28, 2010; Nov. 21, 2011; June 18, 2012).

The principles described above also apply to any thin piece of metal that continually shifts position as it is struck multiple times against a succession of planchets. Familiar suspects include lamination flakes, thin split-before-strike planchets, pieces of disintegrated die caps, and detached clad layers (Collectors’ Clearinghouse, June 11, 2012)

Until recently, I’d not seen any shifted cap strikes older than the early 1960s. That barrier was recently demolished by the discovery of a 1939 Lincoln cent whose unusual nature was downplayed by the ANACS grading service label “Struck Through Late Stage Capped Die.” The obverse face shows four normally oriented incuse versions of the motto IN GOD WE TRUST below and to the right of the normal raised motto. No other incuse design elements are visible. That’s not entirely unexpected, as the completeness of the incuse design varies considerably among shifted cap strikes.

The well-struck raised numerals “193” lie in a small, roughly triangular area that was exposed to direct die contact. Apparently this is where a hole was torn open in the die cap. 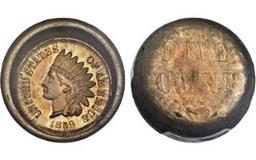 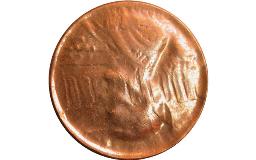 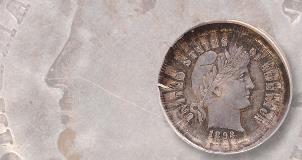