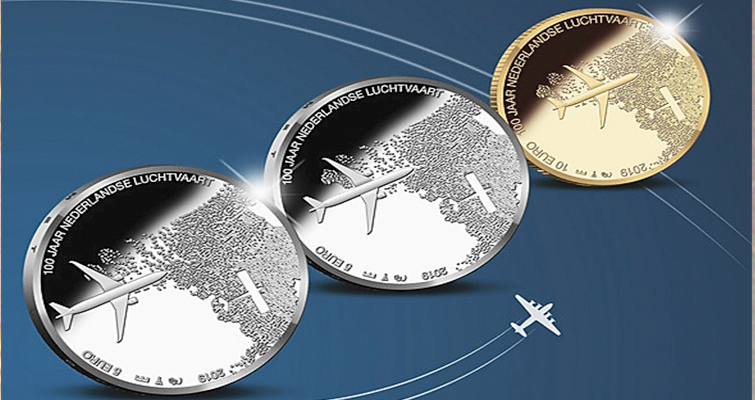 New coins from the Royal Dutch Mint mark the centennial of aviation in the country, and the reverse of each coin uses a slightly differently placed image, together depicting the progress of planes in flight.

Aviation in the Netherlands has come a long way in the last 100 years.

This year marks the centennial anniversary of three firms that have been active in developing the nation’s aeronautic capabilities, and the Royal Dutch Mint’s first official Netherlands commemorative coins of 2019 celebrate the event.

KLM (Koninklijke Luchtvaart Maatschappij or Royal Aviation Company), NLR (National Aerospace Laboratory of the Netherlands, a major technological institute) and aircraft manufacturer Fokker all celebrate their 100th anniversaries in 2019. In many ways, the three comprise the history of Dutch aviation.

The Royal Dutch Mint says in a statement, “In 100 years, aviation has made our world smaller and broadened our perspective. Borders and distances became smaller, which enriched our lives. People have always been obsessed with escaping the earth and looking at the world from the sky, just like a bird. Flying is something magical and aviation has developed revolutionarily over the past century. What once started with a dream is now a normal reality and accessible to many.”

As had been traditional with modern commemorative coins of the Netherlands, three coins are being issued: a silver-plated copper Brilliant Uncirculated €5 version, a Proof silver €5 coin and a Proof gold €10 coin.

This issue is the first time, however, that the Dutch mint dispensed with the tradition of using identical designs on the three coins. When you place the three 2019 coins next to each other with the reverses facing up, you can see that each plane is placed slightly differently relative to the earth below — taken together, the planes appear to be flying across the coin series.

The common obverse features the Netherland’s king Willem-Alexander in an “art on the square centimeter” design by “Holland’s Master” Marijke van Warmerdam.

The ceremonial first strike will take place on March 14 and the coins will be available in the weeks after that.

The silver-plated copper €5 coin weighs 10.5 grams and measures 29 millimeters in diameter. It has a mintage limit of 15,000 pieces and comes in a colorful coin card. It retails for $17.95. 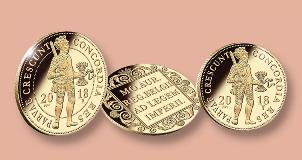 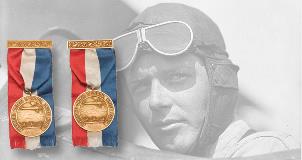 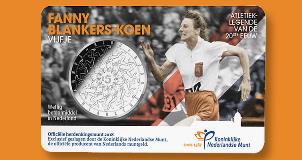