Coins just one of many interests for Buss 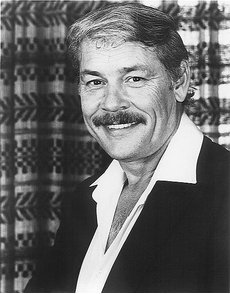 Dr. Gerald Hatten “Jerry” Buss was an American businessman, real estate investor and chemist who was most prominently known since 1979 as the majority owner of the Los Angeles Lakers professional basketball team. He also was a coin collector who once owned a 1913 Liberty Head 5-cent coin, an 1894-S Barber dime and a Class III 1804 Draped Bust dollar before selling his entire collection in 1985. 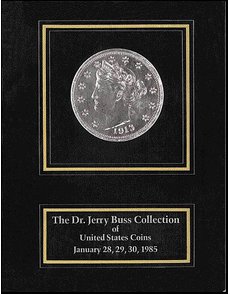 The cover of Superior Galleries’ 1985 auction catalog for the Dr. Jerry Buss Collection featured an embossed rendition of the obverse of a 1913 Liberty Head 5-cent coin. 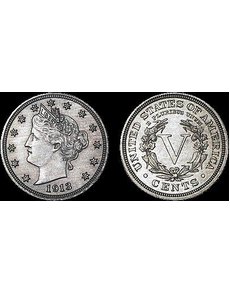 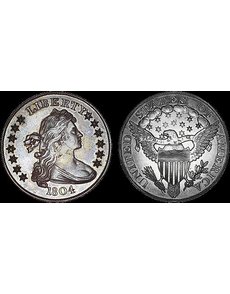 Aubrey and Adeline Bebee were the last collectors to privately own the Idler Class III 1804 Draped Bust dollar after placing the top bid in the 1985 Buss auction. The Bebees donated the coin to the ANA in 1991. 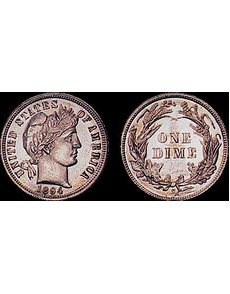 The 1894-S Barber dime that Buss once owned was sold to actress Michelle Johnson at auction in 1985 for $50,600. Superior Galleries auctioned the piece three years later for $70,400. Its current whereabouts are not publicly disclosed.

Dr. Jerry Buss was widely known as the majority owner of the Los Angeles Lakers professional basketball team for more than three decades, but the coin collecting community also recognized him as a kindred spirit. He was a coin collector for more than 40 years.

Buss once counted among the rarities in his numismatic cabinet a 1913 Liberty Head 5-cent coin, an 1894-S Barber dime and a Class III 1804 Draped Bust dollar whose combined purchase he authorized simply by signing a hot dog napkin.

The three numismatic rarities were among more than 2,200 lots comprising Buss’ collection that Superior Galleries sold Jan. 28 to 30, 1985.

The flamboyant Buss, who amassed his fortune in real estate and other successful business ventures, died Feb. 18 at age 80 from cancer.

Buss was also such a high-profile player in the high-stakes world of professional poker that the World Series of Poker is naming a championship tournament in his honor.

The 1985 auction of the Buss Collection brought total prices realized, including the 10 percent buyer’s fee, of just over $4 million.

Hawn purchased the piece as a companion piece to the Joseph Mickley specimen of Class I 1804 Draped Bust dollar that Hawn bought in 1974 for a then record price of $150,000.

The 1913 5-cent coin, one of five pieces struck, was described in the Buss auction catalog as Proof 63.

The coin was at one time acquired by collector Fred Olsen in 1941 from St. Louis numismatist Eric P. Newman, who once owned all five examples, having purchased them from the Col. E.H.R. Green estate.

The Olsen piece later was owned by King Farouk I of Egypt, Edwin Hydeman and Buss. After Buss, ownership passed to Hawn, Spectrum Numismatics and Legend Numismatics. It also gained fame from a Dec. 11, 1973, appearance in “The $100,000 Nickel” episode of the television show Hawaii Five-0.

In May 2004, the coin, by then graded Proof 64 by Numismatic Guaranty Corp., was purchased from Legend Numismatics by an unidentified buyer for $3 million. Legend had acquired the coin from Spectrum in January 2003 “for more than $1.84 million.”

The 1894-S Barber dime Buss once owned is an impaired Proof, and has been described in auction catalogs as anywhere from Extremely Fine to Proof 60. In the Buss auction catalog, the coin was described as “Brilliant Proof 60.” It is one of nine or 10 examples known.

The Buss 1894-S Barber dime was sold in his 1985 auction for $50,600, to actress Michelle Johnson who was quoted at the time as saying that she acquired the coin because she “really liked it.”

Johnson was also the underbidder for the 1913 Liberty Head 5-cent coin.

None of the silver dollars struck in 1804 were dated that year.

Numismatists recognize three classes of 1804 Draped Bust dollar: Class I, or “originals,” those pieces struck at the Philadelphia Mint about 1832 to 1834 (eight pieces), for diplomatic presentations to foreign dignitaries; Class II, struck in 1858 over a Swiss shooting taler (unique); and Class III, struck in 1858 or later (six specimens).

From 1868 to 1908, collector William Idler owned the Class III example that Buss would acquire more than seven decades after Idler’s ownership. Buss purchased the coin for $200,000 from another dealer in a private transaction brokered by Ira Goldberg, then a principal owner of Superior Galleries.

Omaha, Neb., dealer Aubrey Bebee and his wife, Adeline, paid $308,000 to collect the Idler-Buss coin from the 1985 Buss sale. The Bebees donated their 1804 dollar to the American Numismatic Association in January 1991.

Ira Goldberg, now a partner in the firm Ira and Larry Goldberg Auctioneers, developed a close professional relationship and friendship with Buss early in his numismatic career. The friendship remained until Buss’ death.

Ira Goldberg remembers that, while he was a teenager in the 1960s, working alongside cousins Larry Goldberg and his brother, Mark, and their respective fathers at Superior Stamp & Coin in downtown Los Angeles, Buss would frequent the shop on Saturdays.

Buss, then a night professor at the nearby University of Southern California, would stop in to acquire U.S. coins from multiple series to fill coin folders and albums. During the day, Buss, who earned his doctorate in chemistry at USC, worked in the aerospace industry.

Goldberg remembers Buss as “very calculating; smart; friendly, with a charming personality; not stuffy.”
Buss’ association with aerospace engineer Frank Mariani led to their formation of Mariani-Buss Associates, which the two men developed into a successful real estate investment firm with holdings in several states. Buss, however, had even bigger plans.

Goldberg said Buss always wanted to own a major professional sports franchise, and while he owned a professional tennis team, he set his sights higher.

Goldberg told Coin World that Buss had been courting the purchase of the Lakers with owner Jack Kent Cooke, but the price Cooke wanted for the team was far from what Buss wanted to pay.

Cooke also owned the Los Angeles Kings hockey team and The Forum, the massive structure he had built in Inglewood in which his sports teams played.

Several days later, Cooke, who was in the middle of a contentious divorce, offered Buss the Lakers, the Kings and The Forum for a combined $40 million. Buss made the deal happen.

But Buss also had a problem. He couldn’t own both the Lakers and Pacers because of prohibitions against owning two teams in the same league.

Buss peddled the Pacers to several potential buyers who passed on the opportunity. He then went to the Goldbergs.

Ira Goldberg said Buss made his case, and the Goldbergs ended up owning a portion of the Pacers. During the Goldbergs’ brief ownership of the Pacers, Ira said, they patterned their operations and business model after those of Buss, who had a proven track record with investments.

Ira Goldberg recalled that, while attending a Lakers game with Buss in 1980 or 1981, the subject of numismatic rarities was broached.

Buss asked Goldberg, if he could have three great U.S. coins in his collection, what they would be.

Buss asked what it would cost for him to acquire all three coins.

Goldberg said he told Buss he could get all three coins, but it likely would cost up to a combined $1 million.

Having no other paper at hand, the authorization Buss signed for Goldberg to spend up to $1 million to acquire the three coins was somewhat unorthodox. The authorization was penned on the napkin wrapped around the hot dog Ira Goldberg was eating during the Lakers’ game.

Buss enjoyed the limelight and the notoriety his ownership of the three rarities provided.

Buss was a frequent visitor to coin shows in Southern California, often with a list in hand of the coins he wanted to buy to fill spaces in his collection.

Larry Goldberg said while Buss’ collection of U.S. coins, save for the three major rarities, was more of a “hodge-podge,” Buss purchased the best he could obtain.

In a Feb. 16, 1983, Coin World article by William T. Gibbs, Buss described himself as “a date and Mint man.” Buss had hoped to assemble a complete collection of United States coins by date and Mint mark that would rival the collection built by Baltimore numismatist Louis E. Eliasberg Sr.

Buss even dreamed of one day owning an example of a 1933 Saint-Gaudens gold $20 double eagle, even though the issue was illegal to own.

Buss had begun his collecting at age 10 in Los Angeles, in 1943. Although he moved with his family to Wyoming two years later, he continued adding to his collection by mail order.

Buss returned to California in 1958 to work for Douglas Aircraft. Not long after returning, he met Mariani, and together they planned their investment future in real estate. Those investments helped Buss fuel his passion for numismatics, professional sports and other pastimes.

Not only was Buss often visible on coin show bourse floors, he also often attended auctions with his want list. If he couldn’t attend personally, Buss would send a representative on his behalf, Larry Goldberg said.
Buss’ ownership of those three major rarities translated into an extremely successful sale when Buss’ collection came up for auction in 1985. Collectors wanted even his minor coins, for the Buss pedigree.
Buss loved to tell stories about how he amassed his fortunes, Larry Goldberg said, but he wasn’t presumptuous in his approach.

For whatever reason, Buss was also enamored with one particular date of Lincoln cent. Larry Goldberg believes it was the 1932-D coin. Buss amassed thousands of them in bags in an effort to corner the market, event though the coins were worth only $1 to $2 each.

Former Coin World Editor Beth Deisher recalls Buss’ demeanor when she met him during the 1980s prior to a lecture he was presenting.

“What I remember most about Dr. Buss was how unassuming, gracious, and down to earth he was,” Deisher said, noting she had been unsuccessful in setting up an interview before his speaking engagement.

Deisher unexpectedly met Buss outside the room where he was to deliver his remarks and field questions from the audience. They arrived at the same time.

“He was alone. No one else was there yet,” Deisher said. “He was wearing blue jeans, a short-sleeved open collar shirt and a camel-colored sports jacket. I explained who I was (he was a Coin World subscriber) and that I would like to do a short interview with him. He said fine, we could talk now. So we both sat down and he began to tell me his life’s story and how he became involved in collecting coins. I remember Dr. Buss telling me that he enjoyed attending coin shows. Even the people who did not know him but would recognize him, respected his privacy and they let him walk the bourse or attend auctions without bothering him for autographs, etc.

“We talked for about 20 minutes before people began arriving. He said that after his talk, if I had further questions, we could talk again. He talked, without notes, for about 45 minutes and then opened it to questions.

“He answered questions for about 20 minutes, and lots of people crowded around him afterward to talk with him. I waited until all had left the room. I only had one or two follow-up questions, which Dr. Buss answered. He had with him a brief case, which he opened on a table in the room before leaving to put in a couple of business cards several people had given him after the talk.

“He took out a small pad of paper on which he had listed some coins. He said it contained the coins he would be looking for that day. We walked down to the bourse together and I saw him several times on the bourse later in the day.

“I think he spent the better part of the day at the show,” Deisher said. ¦