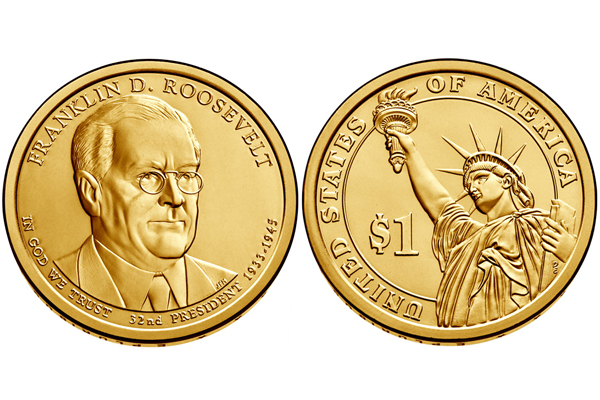 A Proof 2014 Franklin D. Roosevelt Presidential $1 coin is included in the 2014 Coin and Chronicles Set to be released on Dec. 22.

The 2014 Coin and Chronicles Set of items featuring FDR is set to be made available on Dec. 22 at 12 p.m. ET, according to the Mint.

History Channel's Pawn Stars is sending its casting team to the January FUN Convention in Orlando to try to find folks with historical items to feature on the show.

The Royal Canadian Mint has sold all of its 1 million Bald Eagle .9999 fine silver bullion coins, according to a Dec. 16 release.

The coin is part of the RCM's Canadian Birds of Prey bullion series.

Considering the U.S. Mint's record-breaking silver sales in 2014, it would seem the Canadian sellout would be a sign of a similarly historic trend. However, the RCM reported in a Nov. 26 report that, through the first three quarters of 2014, sales of its Silver Maple Leafs were down 1 percent from the same period in 2013 (20.7 million vs. 20.9 million).