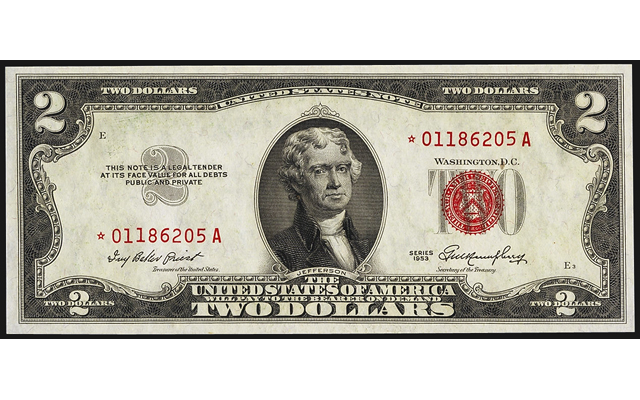 Red was the color used on the Treasury seal and serial numbers for small-size United States notes like this Series 1953 $2 issue. A portrait of Thomas Jefferson appears on the face, and a view of his home Monticello was used as the back design. 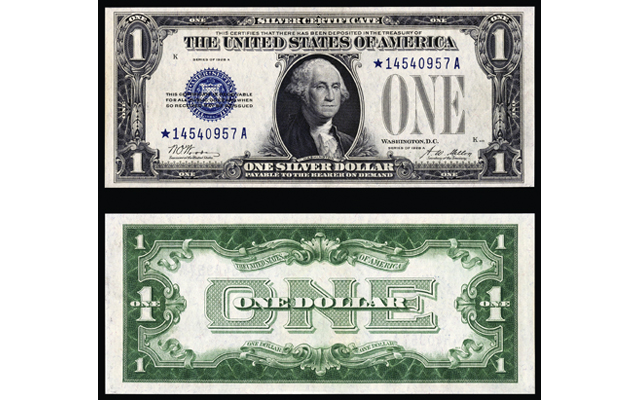 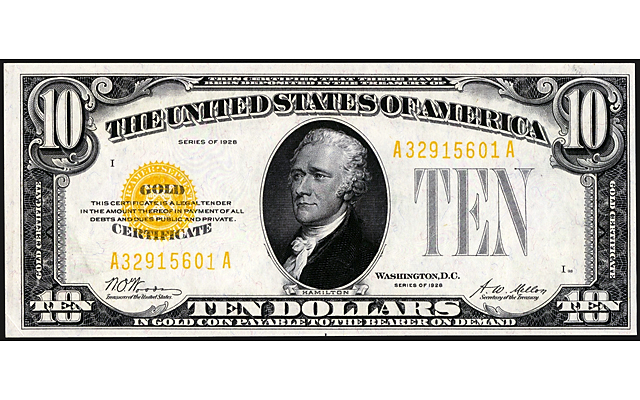 This small-size Series 1928 $10 gold certificate features a gold Treasury seal and gold serial numbers. The portrait on the note is of Alexander Hamilton, which began appearing on all small-size $10 notes in 1929.

Read the first posts in the series:

During the preparation to transition from large- to small-size notes, Treasury officials made a decision to standardize portraits and link them to specific denominations:

Officials also decided to standardize designs, a departure from past practices when different types of notes differed radically in design.

Between 1861 and 1929, 11 types of notes (silver certificates, gold certificates, national bank notes and so on) were produced. All had different designs, with some types going through multiple design changes. Each type required different inks and printing plates.

Large-size national bank notes were first issued in 1863 during the Civil War.

The nation desperately needed an organized system of paper money to make up for the wartime shortage of coinage. Small-size versions of these notes were issued from July 1929 to May 1935, when production of national bank notes ceased.

The small-size gold certificates were given a gold Treasury seal and gold serial numbers on the face, and the back was printed in green ink.

Today, the $100 note is the largest denomination printed. The small-size Federal Reserve notes were first printed in 1929 with a series date of 1928 in multiple denominations, the lowest of which was the $5 issue. In 1963, the Federal Reserve Act was amended to authorize the issuance of $1 and $2 FRNs; the first $1 issues were released that same year, with the first $2 FRNs issued in 1976.