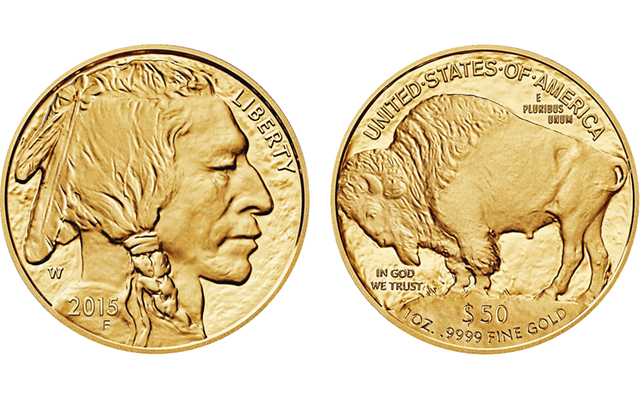 The Proof 2015-W American Buffalo will be released by the U.S. Mint on April 9.

The Proof 2015-W American Buffalo, struck from .9999 fine gold at West Point Mint, is a $50 denomination coin. The coin will be released on Thursday.

Pobjoy Mint in the United Kingdom took a refreshing approach this weekend's Easter Holiday tradition, as they hid 'eggs' on their newly designed website. Those who found the eggs were given money to purchase coins from the mint.

3. Nonprofit may give Old Mint in San Fransisco a second chance

After having its lease terminated last month, The San Fransisco Museum and Historical Society may return after a dance company takes over the building till August 1st. Representatives from the society will be "actively participating" in the process to find new tennants.

4. Selma design next up for the CCAC

The CCAC will get the ball rolling on designs to commemorate the 1965 Selma Foot Soldiers in a teleconference on this week. Further details here