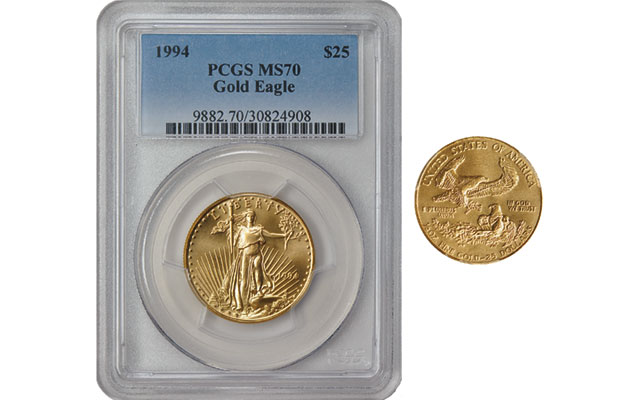 The story: The 1994 American Eagle half-ounce gold $25 bullion coin has a relatively average mintage for the period of 62,400 and is generally considered a relatively common coin within the series.

However, in Mint State 70 it is a rarity with PCGS showing just six in this grade in its most recent population figures. The pressure on these six examples is extraordinary and this one sold for $7,947.50 at a Jan. 25 auction where seven bidders chased this coin including four separate bidders who each went above the $6,000 level in pursuit.