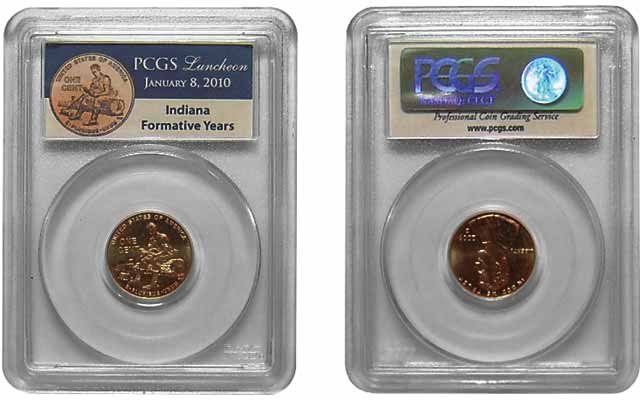 A new book by David Schwager on sample slabs from third-party grading services is set to be released on Sept. 17.

Schwager said, “Originally distributed free to collectors, these sample slabs have an active secondary market, with many desirable varieties commanding $100 to $300.” The book will cover 580 types from 32 grading services and his goal for the book is that it helps define, organize and energize the sample slab collecting field.

Here is one of three recent auction sales we're profiling that show the range of the market and illustrate that for sample slabs, it’s the holder that’s important.

Slabs that are given out at the Professional Coin Grading Service collector club luncheon during major conventions including the summer American Numismatic Association show and the January Florida United Numismatists show enjoy a robust secondary market.

Schwager noted that this collecting area is ripe for discoveries and that he purchased the slab that sold for nearly $80 for just $3 at a California coin show. He started the auction at 99 cents and at least seven different bidders competed for the coin, including four that were willing to pay more than $50 for this coin (that the original recipient at the PCGS luncheon received for free).

For those looking to find value in sample slabs, Schwager suggests that collectors look beyond PCGS and NGC to other grading services.