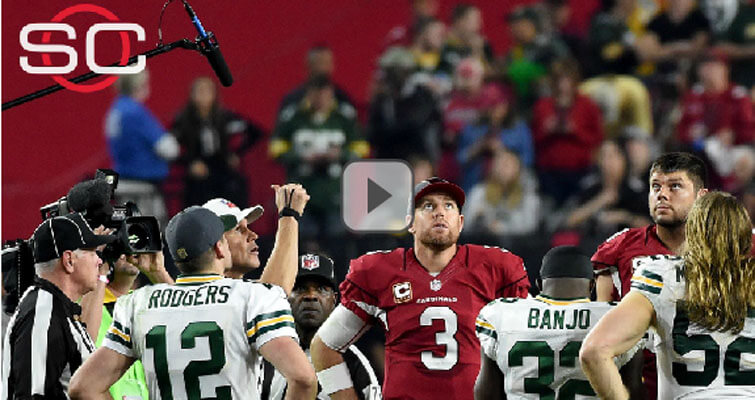 The "coin" used to determine who would get possession first in overtime during the Jan. 16 NFL playoff game between the Arizona Cardinals and Green Bay Packers was the focus of much postgame discussion.

1. Coin controversy for the NFL

Who would have thought a "coin" (often the piece used is a medal created for the occasion) would take center stage during a Saturday night prime-time NFL playoff game?

That was the case Jan. 16, when, after a last-second touchdown from Aaron Rodgers and his Green Bay Packers to tie the game against the Arizona Cardinals, 20–20, at the end of regulation, a "coin toss" was set to determine who would receive the ball to start the overtime period.

Referee Clete Blakeman did his duty by briefing each team representative on the overtime rules before showing them each side of the "coin" to be flipped to decide who would receive the ball first.

Blakeman went on to throw the disc in the air. But there was a problem: it didn’t flip.

“Referee Clete Blakeman called off the first toss prior to overtime because the coin did not flip in the air,” Jason Wilde wrote on ESPN.com after the game. “The Arizona Cardinals won the second toss, setting up the only possession in overtime in their 26–20 victory over the Green Bay Packers.”

The NFL has since released a statement saying the "coin" actually flipping upon being tossed isn’t a requirement.

Spink USA announced in mid-January that it has hired Muriel Eymery as its new numismatics consignment director for its office in New York City. Eymery brings her experience in the numismatic world from stints at Professional Coin Grading Service and the Monnaie de Paris to the position at 350-year-old auction house Spink.

Eymery had previously been the vice president of International Business Development at PCGS.

Read more on Eymery's rise in the numismatic world.

Pobjoy Mint has issued another bright, colorful coin. This one is yellow and features a shark.

The coin is the latest colorful titanium issue from the private minter, and this edition celebrates the lemon shark or Negaprion brevirostris. The lemon shark is a species of large and powerful shark often found in shallow subtropical waters.

Kitco.com lists the following prices per ounce as of 4:30 p.m. ET Friday: