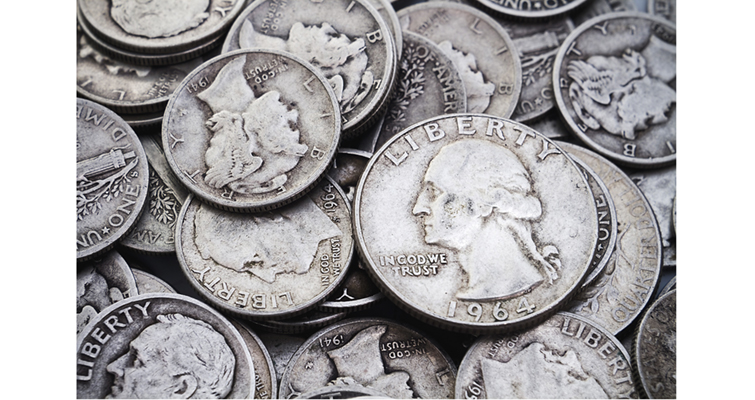 Recycling of silver through the melting of silver coins is estimated to climb worldwide in 2015 compared to 2014, but drop in the following two years.

Recycling silver by way of melting coins that contain the precious metal is estimated to be nearly five times higher in Europe than North America during 2015, according to a Sept. 9 report commissioned by The Silver Institute.

The 30-page report, executed by the London-based precious metals consultancy Metals Focus, presents estimates suggesting that silver coin recycling in North America could contrbute 1 million troy ounces, while coin-melting in Europe could reach 4.6 million troy ounces. The largest contributor to Europe's total is Germany, which scraps unsold silver commemorative coins, according to the report. At the coin-melting level, the North American total is not subdivided among involved countries.

"We would, for example, certainly exclude from scrap the (limited) melt of modern era bullion coins, such as the US Eagle or Canadian Maple Leaf," according to the report. However, it is understood that sizable volumes of old circulating coins are still being melted down. Even though massive volumes of these coins were struck, relatively few examples now find their way into the market, simply because of the quantities that had already been sold back during the 1980s and 1990s. In terms of the pieces that are liquidated, the 40 percent [silver clad] coins are also popular with brazing alloy manufacturers, given the coins’ significant copper content."

The full report can be found here.