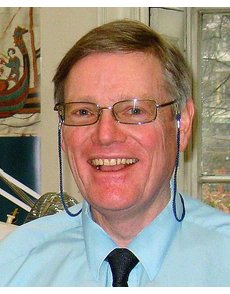 An expert on coin hoards found in Britain will present his findings to an American audience during a lecture at the American Numismatic Society, 75 Varick St., in New York City on April 23.

Roger Bland, head of Portable Antiquities and Treasure at the British Museum, will talk about “Coin hoards and hoarding in Britain,” exploring whether the hoards were buried with the intention of recovery or buried as votive deposits (buried without expectation of recovery at a sacred place for broadly religious purposes).

Bland is formerly a curator in the Department of Coins and Medals at the British Museum and served also in the Department for Culture, Media and Sport for seven years. He is now responsible for the Portable Antiquities Scheme, a project to record all archaeological objects found by the public in England and Wales, and for the museum’s operation of the Treasure Act.

Recent spectacular discoveries of hoards from England such as the hoard of 52,503 Roman coins from Frome or the Staffordshire hoard of Anglo-Saxon gold and silver reported under the Treasure Act have raised the question why these were buried in the ground. Experts have generally assumed that hoards such as these were buried in times of trouble by people who intended to recover them later, leaning on a documented case such as Samuel Pepys’ account of how he gave his wealth to his wife to bury in their country house when Dutch ships were threatening London in 1667.

But the archaeological recovery of the Frome hoard has changed opinion, so that experts now believe that whoever put it in the ground did not intend to recover it, suggesting other reasons such as votive deposition (which is the case with earlier metalwork hoards) or deliberate abandonment.

Before the Treasure Act of 1996 it was difficult to debate these issues, because under the old law, hoards were only deemed to be Treasure Trove if they were buried with the intention of recovery and the suggestion that they might be votive would mean that they would not be Treasure Trove and so offered to a museum. Bland’s lecture will consider these questions with a focus on Britain to see if practices from one period can inform another.

Registration is required to attend; for more information telephone the ANS at 212-571-4470, Ext. 117, or email it at membership@numismatics.org. ¦