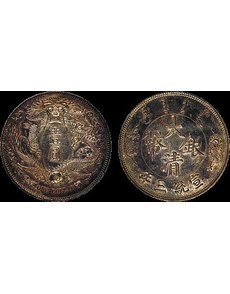 The coin, which was graded Proof 62 by Numismatic Guaranty Corp., added to the total $2,144,921.40 realized in the auction, one of three auctions Champion staged in conjunction with the inaugural Hong Kong Invitational Numismatic Convention.

All lots are subject to an 18 percent buyer’s fee, reflected in the prices here.