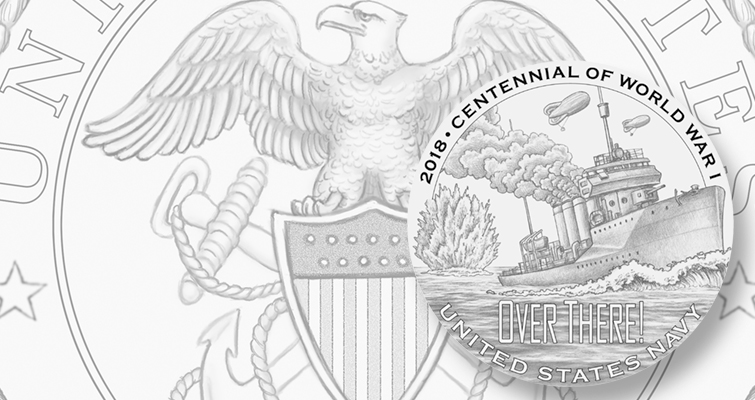 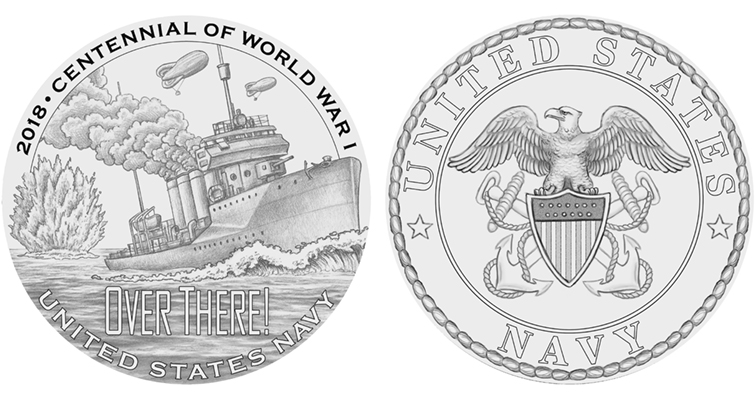 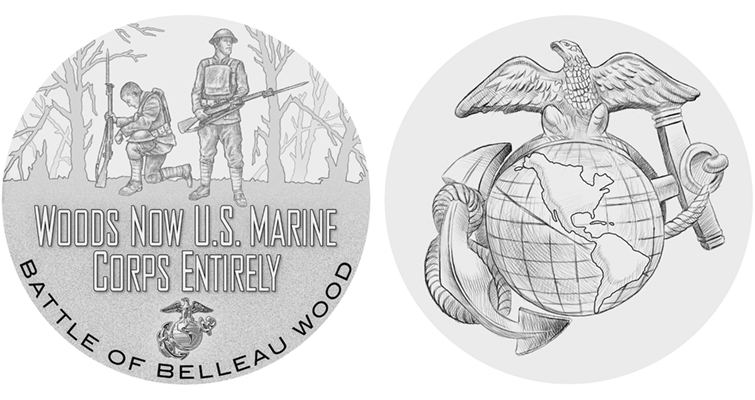 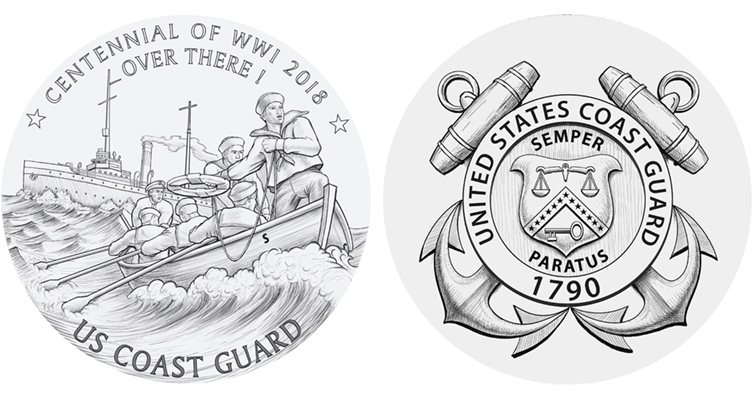 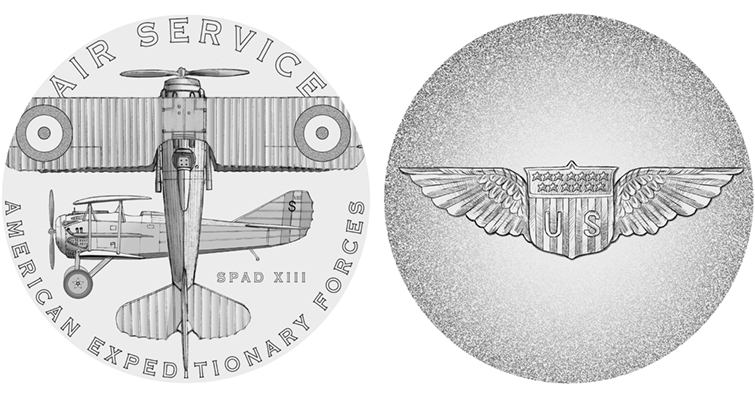 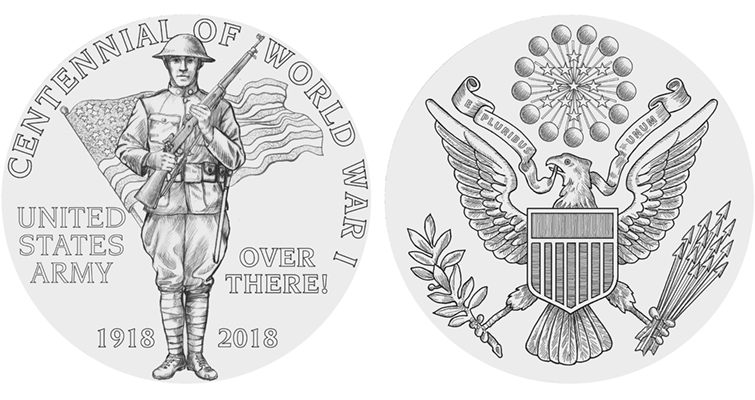 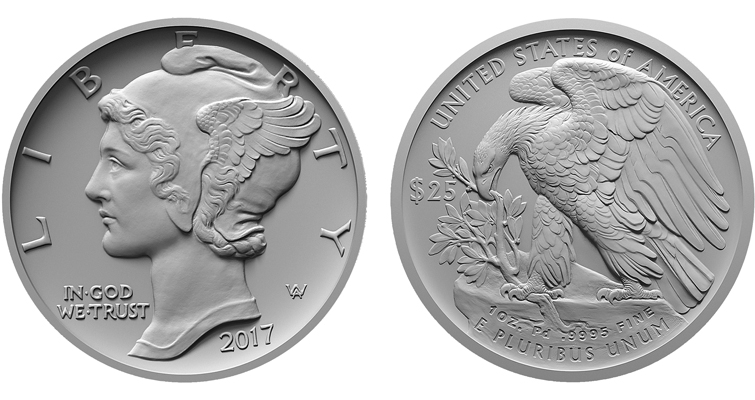 CCAC members recommended to U.S. Mint officials that a sixth silver medal be issued to honor women military personnel that served during World War I.

The Commission of Fine Arts reviewed the same designs March 16 and made their design recommendations. The CCAC was originally scheduled to review the designs March 15 but the meeting was canceled by a snowstorm that hit the nation's capital.

The designs recommended by the CCAC for the five World War I silver medals, with Mint-provided commentary, are:

??Army: Obverse portrays a doughboy with a 48-star flag behind him, both elements depicted as they were in WWI photographs and posters. The additional inscription of “1918” completes the centennial commemoration date. Reverse features the current Army emblem, which was in use during World War I.

??Navy: Obverse depicts a four-piper destroyer targeting an enemy submarine by launching depth charges off the stern with an additional depth charge exploding in the background. In the sky, kite balloons patrol for submarines and other dangers. The reverse showcases the World War I era Navy emblem.

??Air Service: Obverse portrays a SPAD XIII, viewed from the top and side. The additional inscription “SPAD XIII” identifies the aircraft. The design was submitted for consideration as a reverse. The reverse features the Military Aviator Insignia.

??Marines: The obverse shows the aftermath of the three month Battle of Belleau Wood. One Marine stands guard as the other kneels to pay respect and honor to the fallen. The story closes quoting a report to the American Expeditionary Forces:  “WOODS NOW U.S. MARINE CORPS ENTIRELY.” An Eagle, Globe, and Anchor and the additional inscription “BATTLE OF BELLEAU WOOD” complete the design. The design was submitted as a reverse. The reverse features the World War I era version of the Eagle, Globe, and Anchor.

??Coast Guard: The obverse depicts a lifeboat from the cutter Seneca heading out in heavy seas toward the torpedoed steamship Wellington. The sailors have sighted men in the water and are attempting a rescue immediately. The reverse depicts the World War I-era Coast Guard emblem.

In addition to recommending a sixth medal, the CCAC recommended that for the other five medals that the Mint minimize design elements on the obverse while also moving most of the obverse inscriptions to the reverse accompanying service emblems.

The CCAC also endorsed the mock-up designs for the 2017 American Eagle palladium $25 coin mandated to bear sculptor Adolph A. Weinman's obverse from the Winged Liberty Head dime and an eagle reverse from the reverse of a gold medal he designed for the American Institute of Architects. 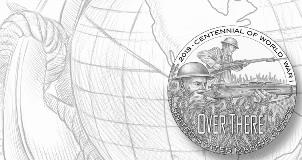