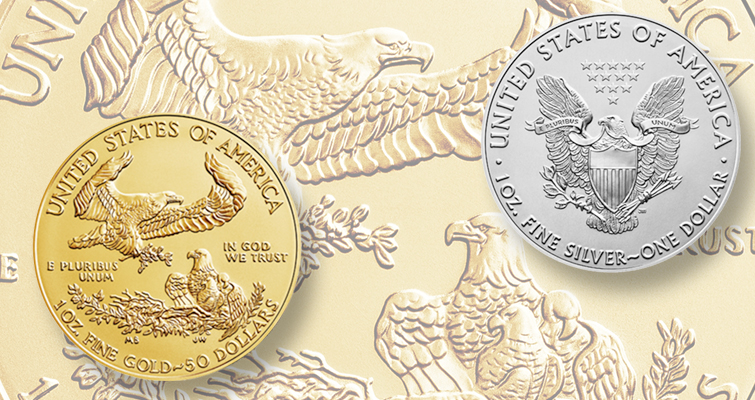 Miley Busiek’s Family of Eagles and John Mercanti’s Heraldic Eagle designs have graced the reverses, respectively, of the gold and silver American Eagles since the program’s introduction in 1986, through 2020.

Proposed new reverse designs for the gold and silver American Eagles will highlight the extensive agenda to be handled by the Citizens Coinage Advisory Committee during its June 23 teleconference.

The U.S. Mint’s engraving staff and outside Artistic Infusion Program artists have been busy executing candidate designs for not only the American Eagle coin reverses, but also for the:

U.S. Mint officials indicate the design changes are being introduced to coincide with the implementation of anti-counterfeiting features at the production stage.

Public Law 116-65, authorizing the McAuliffe silver dollar, calls for the production and release in Proof and Uncirculated versions combined of a maximum of 350,000 coins.

McAuliffe, a social studies teacher from Concord, New Hampshire, was selected to be the first participant in NASA’s Teacher in Space program.

On Jan. 28, 1986, McAuliffe and six other astronauts were tragically killed during the space shuttle Challenger disaster. The shuttle was launched on a very cold morning, which compromised the integrity of certain components, leading to the accident.

Each commemorative coin sold by the United States Mint will carry a $10 surcharge. Net surcharges, after the Mint recoups all of its production and associated costs, are to be forwarded to the “FIRST robotics program for the purpose of engaging and inspiring young people, through mentor-based programs, to become leaders in the fields of science, technology, engineering, and mathematics.

Commemorative silver dollars in recent years have been struck at the Philadelphia Mint.

The Larry Doby gold medal was authorized under Public Law 115-322 “in recognition of his achievements and contributions to American major league athletics, civil rights, and the Armed Forces during World War II.”

Once the Doby gold medal is presented, the U.S. Mint will offer to collectors 1.5-inch and 3-inch bronze duplicates of the gold medal.

Doby attended Long Island University on a basketball scholarship before enlisting in the United States Navy during World War II. Upon his honorable discharge from the Navy in 1946, Doby played baseball in the Negro National League for the Newark Eagles.

The U.S. Marines silver medal for 2021 is among the series of ongoing medals honoring the branches of the U.S. military.

The U.S. Marine Corps began when two battalions of Continental Marines were formed on Nov. 10, 1775, in Philadelphia as a service branch of infantry troops capable of fighting both at sea and on shore.

The Marine Corps has been a component of the U.S. Department of the Navy since June 30, 1834.

For 2020, the U.S. Mint is planning to produce a 2.5-ounce silver medal honoring the United States Air Force.

The medal will contain 2.5 ounces of .999 fine silver and measure 2 inches in diameter and exhibit a Matte Finish.

In 2021, the U.S. Mint is already scheduled to also release a 2.5-ounce silver medal honoring the U.S. Navy.

Production of these medals will be executed at the Philadelphia Mint, as such medals have been for previous administrations.

The medals do not bear a Mint mark indicating the Mint facility that produced them.

Both issues are part of ongoing medal series from the United States Mint. 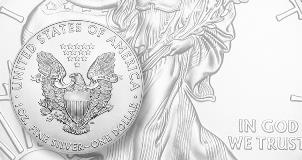