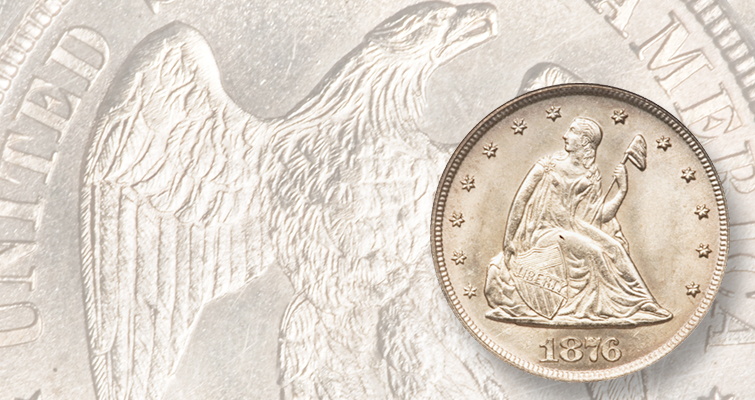 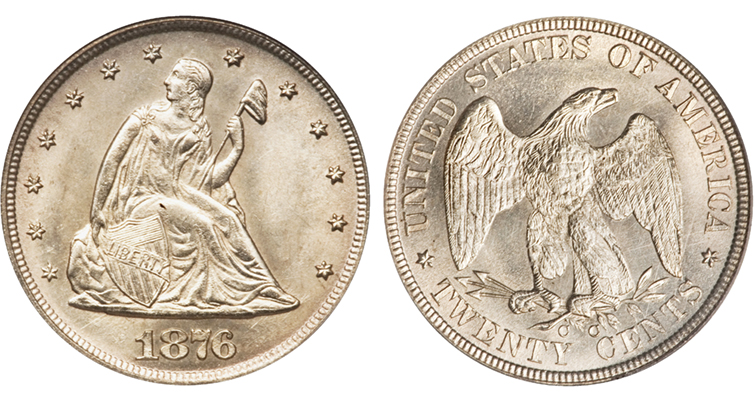 No one knows how an estimated 12 to 20 1876-CC 20-cent coins escaped the ordered melting of the issue, but a small hoard popped up in Baltimore in the late 1950s.

In the early 1960s, before the price of silver broke through the $1.29 an ounce point at which coins are worth more as metal than as money, banks kept rolls of silver dollars on hand, mostly for birthday and Christmas gifts.

The large coins weren’t convenient to use and were not particularly welcome at stores – kind of like $2 bills today. They’re good money, but they’re awkward.

I remember searching rolls looking for 1895 Morgan and 1921 Peace dollars and never finding any. Every now and then, though, I would stumble across a well-worn Carson City Mint silver dollar.

They were romantic pieces worthy of note, but commanded no real premium. It was the kind of coin that kids kept for a while and then spent. A buck would buy 10 Cokes or 20 candy bars.

Today, even the most battered, worn Carson City Mint dollar commands a premium of $100 or more. However, if you’re willing to settle for a smaller coin, a surprising number of Carson City coins can be bought for much less.

The Nevada facility struck dimes in four years. The 1873 and 1874 Seated Liberty dimes will set you back thousands of dollars. The 1875 and 1876 coins, though, sell for $30 in Good condition, about the price of a meal at a nice restaurant or a greasy hot dog at a convention center.

Carson City Mint Morgan dollars are universally lusted after, but a determined collector should be able to put together the entire set on any large bourse floor. Not so for 20-cent pieces and quarter dollars. Both series contain astounding but accidental rarities.

Some 10,000 1876-CC Seated Liberty 20-cent pieces were struck, but only a handful survive. The short-lived denomination was on the chopping block when Mint Director Henry R. Linderman ordered the Carson City Mint to melt all that it had on hand in early 1877.

No one knows how an estimated 12 to 20 coins escaped, but a small hoard popped up in Baltimore in the late 1950s. In 2013, Stack’s Bowers Galleries sold a Professional Coin Grading Service Mint State 65 piece for $564,000.

The 1873-CC Seated Liberty, No Arrows quarter dollar is the rarest Carson City Mint coin. In 1873 the Mint increased the weight of quarter dollars from 6.22 grams to 6.25 grams and added arrows beside the date to denote the change.  The Carson City Mint had already struck 4,000 lightweight coins when the order came to switch to heavier coins and destroy coins on hand that had been struck to the old standard. Six pieces somehow escaped. In 2012, Stack’s Bowers sold a PCGS MS-64 piece for $460,000. 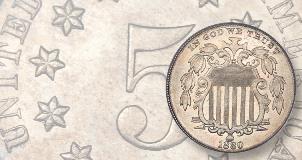 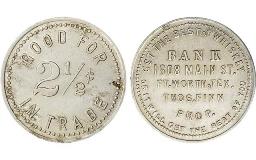 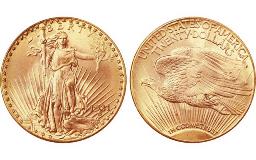