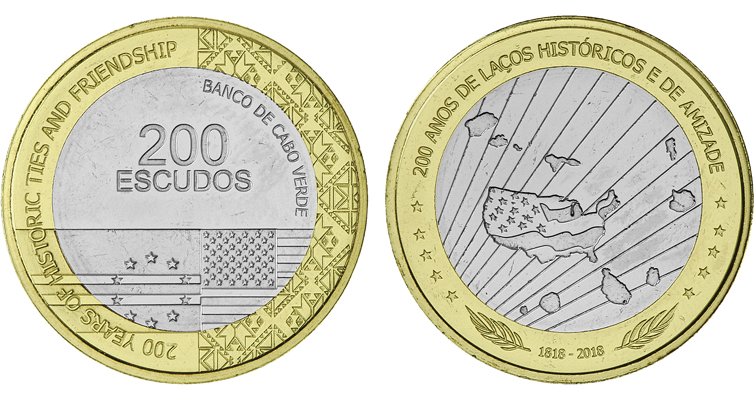 Cape Verde celebrates its connection with the United States on a recent circulating commemorative 200-escudo coin.

Cape Verde has issued a circulating commemorative coin to celebrate the 200th anniversary of friendship with the United States.

The 2018 ringed-bimetallic 200-escudo coin measures 28 millimeters in diameter. Though dated 2018, it is just now entering the market.

The obverse of the coin shows flags of the European Union and the United States and 200 YEARS OF HISTORIC TIES AND FRIENDSHIP.

The translation in Portuguese, 200 ANOS DE LAÇOS HISTÓRICOS E DE AMIZADE, is on the reverse.

Also on the reverse is a map of the United States superimposed onto a map of the Cape Verde Islands and the dates 1818–2018.

In the late 18th and early 19th century, thousands of Cape Verde residents immigrated to the United States to escape droughts, volcanoes and the Portuguese government’s neglect in its control of the islands at that time.

Cape Verdean men, noted for being “hardworking, honest seamen,” according to Joel Anderson, who is offering the coin in the United States, were frequently hired by New England whaling captains. Many thousands eventually made their homes in New Bedford, Massachusetts; Providence, Rhode Island; and elsewhere in New England, where large Cape Verdean communities still exist today.

The coin is Uncirculated, but tiny contact marks are to be expected. Each retails for $10, plus $2 shipping and handling. To order, visit the distributor website. 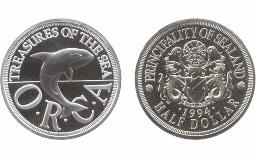 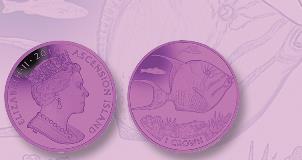