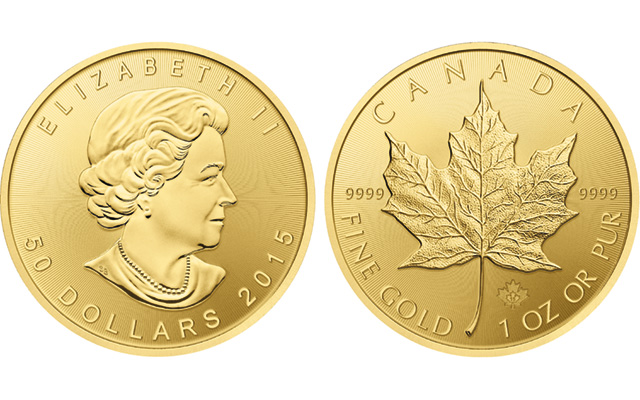 The Royal Canadian Mint has added a Radial Line Finish to its gold Maple Leaf coins. The coins also feature a micro-engraved laser mark maple leaf with the numeral 15 indicating the 2015 date of the coins 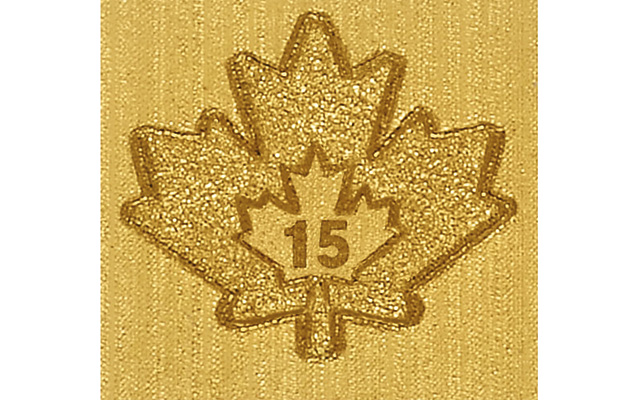 A close-up of the micro-engraved laser mark maple leaf shows the numeral 15 indicating the 2015 date of the coins.

Beginning with 2015 gold coins (which became available the same day as the announcement), the Maple Leaf gold coins feature a Radial Line Finish. The same finish was adopted for the silver Maple Leaf coins in 2014. According to the RCM, the finish is created from an “array of precisely machined lines radiating from the coin’s central maple leaf design at a width and pitch which creates a light-diffracting pattern.”

In addition, the RCM added a micro-engraved laser mark to the 2015 Maple Leaf gold coins as a security measure. The laser micro-engraving shows a textured maple leaf incorporating the numeral “15” to denote the coin’s year of issue.

The Canadian bullion program has been expanded several times since 1979, with the Canadian Birds of Prey silver bullion coins the most recent extension (2014 coins featuring the peregrine falcon and bald eagle began the series). The third coin in that program will be announced in early February in Berlin during the World Money Fair.

For more information about the RCM’s bullion program, visit its dedicated website.