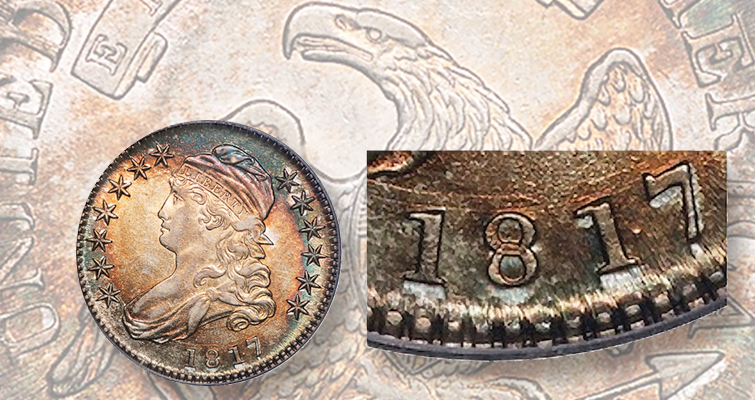 This variety of 1817 Capped Bust half dollar is known as a Punctuated Date because of the raised dot in the field between the second 1 and the 7 in the date. 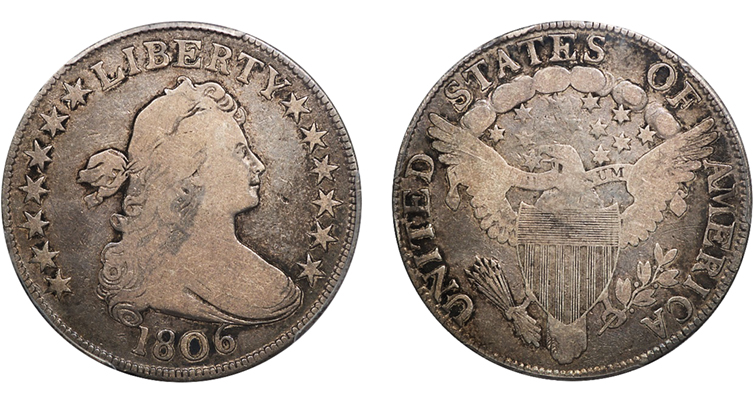 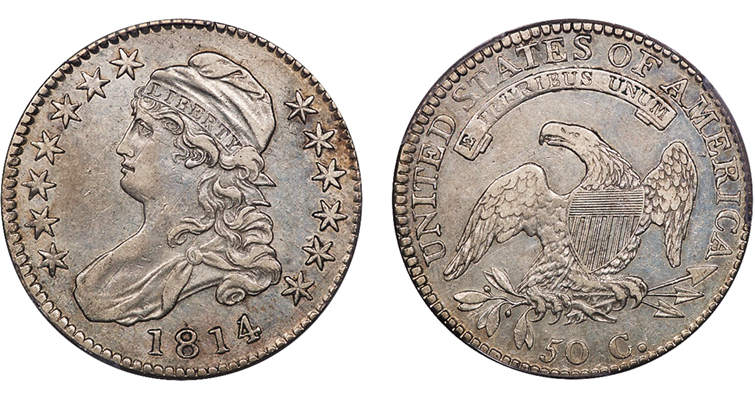 Vestiges of a 3 are visible underneath the 4 in the date of this 1814/# capped Bust half dollar.

Collectors of Draped Bust and Capped Bust half dollars will have dozens to vie for in Sheridan Downey's Aug. 10 mail-bid sale.

The 78-lot sale, to close at 6 p.m. Pacific Time, is being held in conjunction with the American Numismatic Association World Fair of Money in Anaheim, Calif.

Most of the lots offered are graded and encapsulated by Professional Coin Grading Service in Extremely Fine 45 to Mint State 62 condition.

Among the lots offered are an 1806 Draped Bust half dollar, Overton 124 variety as cataloged in United States Early Half Dollar Die Varieties 1794-1836 by Donald L. Parsley, revised and expanded from the original work by Al C. Overton; an 1814/3 Capped Bust, O-101 half dollar; and an 1817 Capped Bust, Punctuated Date half dollar, attributed as O-103.

The 1806 Draped Bust, O-124 variety, graded PCGS Very Good 10 and stickered by Certified Acceptance Corp., is a Rarity 6 variety. R-6 is considered "Very Rare," according to the half dollar book, with 13 to 30 known examples.

The variety, also referred to as an E/A, is attributed by its reverse diagnostics, with the E in STATES cut over an A.The letters AME in AMERICA are joined with the AM solid at the base as one piece.

The 1814/3 Capped Bust half dollar is graded PCGS EF-45. The variety is an R-7, meaning "Extremely Rare," with four to 12 examples known. The top crossbar and the lower curve of a 3 are visible under the 4 in the date on the obverse.

The variety is known as a Punctuated Date because of the a raised, round, die defect dot, midway up and just to the right of the second 1. 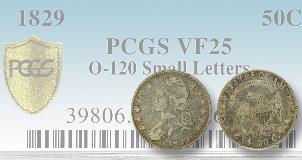