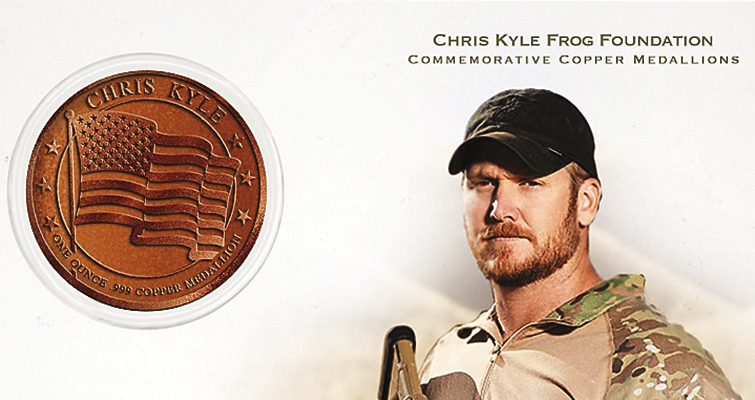 The Chris Kyle Foundation and Global Monetary Reserve are cooperating to issue bullion rounds celebrating the life and legacy of America’s most honored sniper, Chris Kyle. 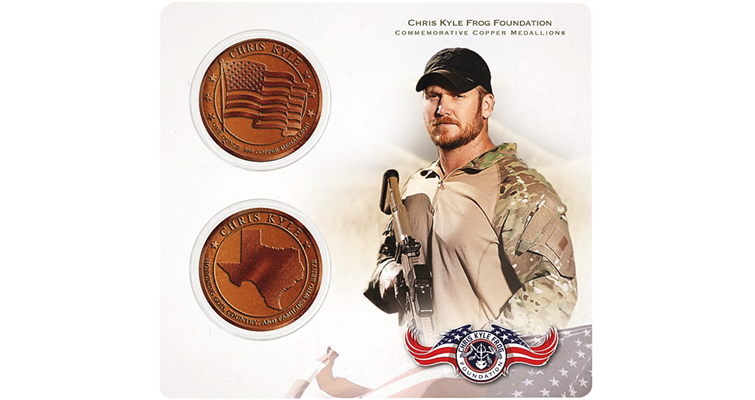 The Chris Kyle Foundation and Global Monetary Reserve have cooperated to issue bullion rounds celebrating the life and legacy of America’s most honored sniper, Chris Kyle. The program includes two different reverse designs, each available in copper, as seen here, or in silver. 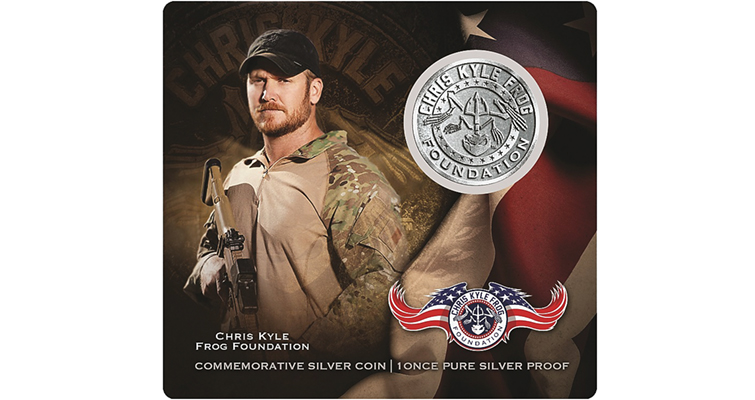 A special Proof version of a 1-ounce silver bullion round is available in colorful packaging honoring Chris Kyle, the subject of American Sniper.

Christopher “Chris” Kyle was the most lethal sniper in U.S. military history, with over 160 kills officially confirmed by the Department of Defense.

Kyle was honorably discharged in 2009, and published a memoir, American Sniper, in 2012 that was later made into a popular movie.

In 2013, Kyle and a friend were killed in a shooting in the United States by a mentally ill veteran.

The bullion rounds pay tribute to the spirit of honor, duty and service exemplified by Kyle, according to GMR, and are intended to honor the commitment and sacrifice of U.S. Navy veterans and Navy personnel serving around the world, the firm said, in a press release.

A portion of the proceeds from the collection will directly benefit the Chris Kyle Frog Foundation in its mission to help military members, first responders and their families.

“These are unique and lasting gifts that are perfect for anyone with a love of military collectibles,” said Taya Kyle, Chris’s wife and executive director of the Chris Kyle Frog Foundation, in a press release. “They’re a great way to hold on to a little piece of history and to honor the memory those who serve.”

GMR has not disclosed what percentage or amount from sales will benefit the foundation, which includes a reference to the Navy SEAL’s “frogmen” nickname.

Two reverse designs, either an American flag or a map of the state of Texas, are available, in either 1-ounce copper or 1-ounce silver versions.

All medals share a common obverse celebrating the Chris Kyle Frog Foundation, which was formed by Taya Kyle to serve military and first responders “through meaningful interactive experiences that enrich family relationships.”

The obverse shows a frog skeleton, the recognized symbol of fallen US Navy SEALs. The reticle (crosshair) is positioned over the right eye to honor Chris’ brother and teammate, Ryan Job who was shot through his right eye in combat and later died from his wounds. The frog’s arms and legs can also be re-arranged into the form of one of Chris’ tattoos — a cross on his left bicep.

Additional versions in special packaging or with special finishes, and even rectangular bars, are also available at various prices. 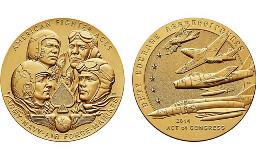 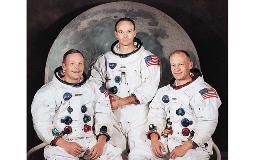