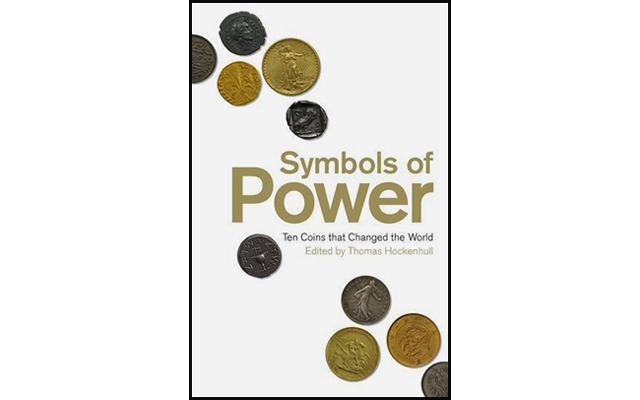 A new book by Thomas Hockenhull of the British Museum explores how world history has been shaped by 10 different major currencies.

For millennia, currencies have brought order (and disorder) to human society, directing trade, growing economies, developing national identities and religions, and spreading empires. More than ever, money’s power to shape our character, our politics, and our daily lives is clear.

Thomas Hockenhull, project curator of the modern money collection in the British Museum’s Department of Coins and Medals, has authored Symbols of Power: Ten Coins That Changed the World. The new book explores the revelatory history of 10 major currencies, detailing how the trajectory of world civilization is bound up with the movement of money.

From the earliest measures of precious metals to the global fiat currencies we use today, the evolution of the shekel, the drachma, the denarius, the florin, the franc, the mark, the rupee, the yen, the pound, and the dollar tracks closely with the rise and fall of influential rulers, governments, and imperial powers.

These coins have acted as powerful symbols of political expression and continuity despite deeply disruptive social, economic, and political change. Rich with illustrations from the famous collections at the British Museum and elsewhere, this book charts the fascinating path of each coin as it has traveled throughout history.

The new 144-page paperback book was published on May 5.

For more information about the book, or to order, visit the Columbia University Press website.

Here are some articles in Coin World based on Hockenhull's book and an interview.

Entering our hobby through the side entrance